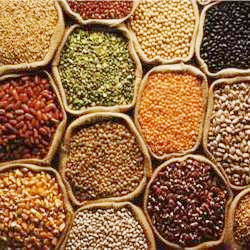 A ten-month performance report obtained from the Ministry of Trade (MoT) reveals that Ethiopia obtained just under 585 million USD from export of oilseeds, knocking coffee off its perch for the first time. In contrast, coffee generated 489.28 million USD during the same period.

The achievement is over 95 per cent of the revenue the ministry projected to obtain during the period.

However, the picture is rather gloomy for coffee. The ministry projected to obtain 822.08 million USD during the first ten months but achieved about 60 per cent of the target.

When compared to the previous budget year, export performance of coffee in the first ten months of this budget year showed a decline of 8.7 per cent and 15 per cent in amount exported and revenue generated, respectively.

The overall export performance saw the country earn 2.6 billion USD during the ten months of the budget year, registering a growth of 4.8 per cent from last year.