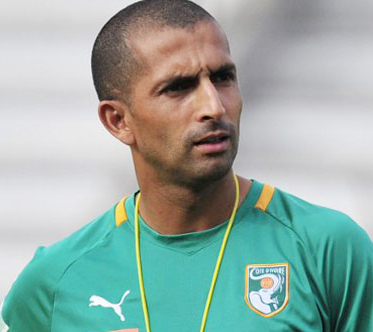 Former France international Sabri Lamouchi has stepped down as Ivory Coast head coach after the African side failed to reach the knockout stage of the World Cup.

The ElephantsÂ lost 2-1 to Greece in their final Group C gameÂ on Tuesday, a result which meant they finished third with their opponents taking second.

Lamouchi’s contract ran until the end of the World Cup.

“I’m deeply disappointed for the players,” said the 42-year-old.

Ivory Coast needed just a draw to ensure they took second place, meaning they would join Colombia in progressing to the last 16.

They were were just seconds away from achieving that when Georgios Samaras earned a controversial penalty, which the Celtic forward convertedÂ to send Greece through instead.

“After so much hard work and so much sacrifice, all of us and everyone in the Ivory Coast is very sad.”

Lamouchi, a former Auxerre and Monaco midfielder who also had spells in Italy with Parma and Inter Milan, was appointed Ivory Coast head coach in May 2012 in what was his first managerial role.

He was in charge when they reached the quarter-finals of the African Cup of Nations.