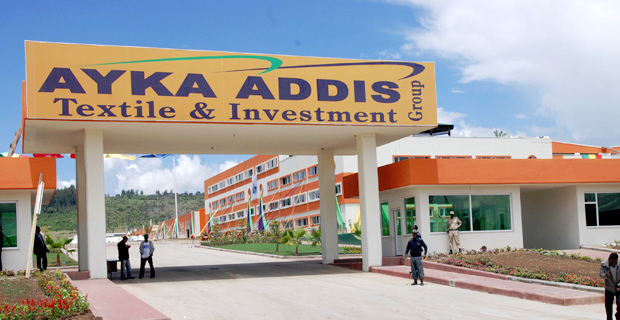 Addis Ababa, Ethiopia -Ethiopia is now Turkeyâ€™s biggest African investment, Aykut Kumbaroglu who works with African Countries for Turkeyâ€™s Ministry of Foreign Affairs said. There are currently over 350 Turkish companies investing USD three billion in Ethiopia. This is half of the USD six billion the nation invests in sub-Saharan Africa.Â  Turkish officials say this has come as a result of their encouragement to invest in Ethiopia.Â

Aykut pointed out that the leaders of both nations have made reciprocal visits and their relationship is strong.Â

Ethiopia reopened its embassy in Ankara in 2006 and different Turkish offices have based their regional office in Addis Ababa including Turkeyâ€™s Anadolu News Agency.

Top diplomats in the Ethiopian Embassy at Ankara, told Capital that Turkish companies are now focusing on Africa. â€œEthiopia is a gateway for their vision,â€ the diplomat explained.

The Ethiopian diplomat said that Turkey is now changing and they are transferring to the service sector from industry and because of this they are growing in Ethiopia.

â€œOur embassy and the government in Addis Ababa are aggressively lobbying Turkish companies to come to Ethiopia and this combined with the current Turkish investment in Ethiopia is creating a push, pull effect to enhance the already blossoming trade between the two nations,â€ the diplomat explained.Â

Ayalew Gobeze, Ethiopiaâ€™s Ambassador to Turkey, said even though economics is one of the main aspects of the two nationâ€™s relationship there are other aspects as well.Â

â€œBut when we encouraged the Turkish investment in the country we have to be responsible to facilitate the smooth bureaucratic process to expand the FDI,â€ he explained.

The interest of Ethiopian investors is also growing to work with the Turkish business community.Â

According to the 2013 data, the trade between the two countries has reached USD 420 million from USD 27 million in 2000.Â Ethiopia is the first sub Saharan Africa country to begin modern diplomatic relations with Turkey at the start of the 20th century when Turkey opened its consulate in Harar.

Turkish officials say the two countries are working in many sectors including education, health and security.

Turkey has been training the Ethiopian Federal Police and several Ethiopian police officers are takingÂ  training in Turkey.