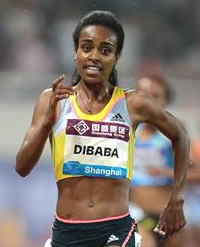 World record holder Genzebe Dibaba of Ethiopia has been confirmed to take part in the Golden SpikeÂ competition in Ostrava.

The Ethiopian set world records indoors this year in the 1500m and 3000m, and in Ostrava next month she will look to add another record to her CV when she makes her 2000m debut.

â€œMy sister Tirunesh has won in Ostrava several times,â€ Dibaba said of her multiple Olympic gold medal-winning sister. â€œWe were thinking of the records I could break in the summer and we agreed on the 2000m.â€