Due to its thorough documentation in the international press, it will not have escaped the attention of many that the countryâ€™s economic prospects have been growing continuously over the past two decades.

The economic growth pattern has clearly at times been pervasive, filtering its way through to other aspects of society with a beneficial knock-on effect. No more so, within the field of sports, epitomized by the new 50,000 capacity stadium under construction in Bahir Dar and plans to expand and build further within the capital itself. Yet despite this progress, its development has remained relatively uneven within the context of economic growth, writes Sean Clothier, and there is clearly still a long way to go.

The domain of athletics, particularly that of long-distance running, has long since been a field whereby Ethiopia and its East African neighbors have excelled. Haile Gebreselassie, Kenenisa Bekele, Tirunesh Dibaba and Meseret Defar have all gained recognition and respect that has certainly not been contained within African shores. When it comes to the Olympic games or any major athletic event, they are names that are on the tips of everybodyâ€™s tongues in the west. They have also acted or been seen as an inspiration to others and have used their international status to good effect. 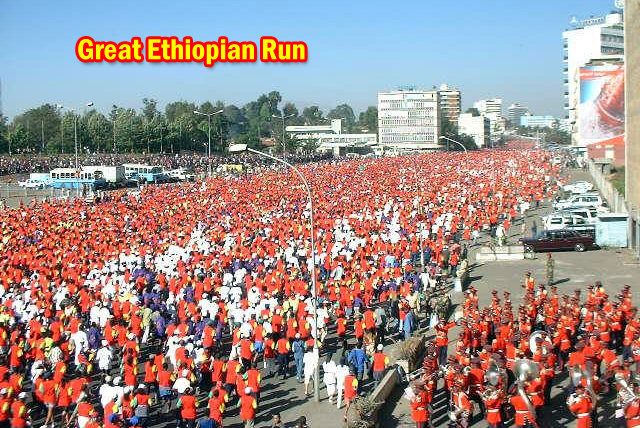 The initiation of the Great Ethiopian Run (GER) in 2001, launched and envisioned by Haile is an obvious example that has attracted international acclaim and has seen renowned athletes from around the world such as Paula Radcliffe, Paul Tergat and Hicham El Guerrouj take part in. With the Ethiopians taking control of the management of the event in 2005, the GER has encouraged a new generation of youngsters not only to showcase their talent and aspire to greater things, but to stay fit and enjoy the camaraderie of a national sporting event. The key to the success of a long distance runner seems to be hard work and having access to the kind of inhospitable terrain at high altitude that exists around the outskirts of Addis Ababa or in the southern regions of Ethiopia.

Chuchu Wandu is a 23-year-old runner from Hawassa, he has aspirations one day to be able to go to the United States but still admits that â€˜money is the primary motivation.â€™ For him, the mountains are used as a â€˜facility.â€™ Like so many others, he receives â€˜no support from the government.â€™ He is out on the streets at 6am every morning hoping one day that his dream will be realized and that his training could lead to other things such as â€˜becoming a football player.â€™

It is true that sports expectations here are higher than in the past and this process is set to continue with the Ethiopian National Football Team successfully qualifying for the African Cup of Nations in 2014. Yet the main obstacle to further participation remains â€˜economicâ€™ according to Sileshi Desalegn, expert in participation and competition of sports at its Commission in Addis Ababa. â€˜People are pre-occupied with satisfying their daily material interests,â€™ as he puts it. Whilst there is already a shortage of places to play or practice for younger people, â€˜the government is selling/leasing land to construction companies for profit.â€™ But there is room for optimism and certain signs are encouraging he claims, as â€˜everywhere people are starting to challenge the government and demand better facilities.â€™ The construction of a new stadium in the northern town of Bahir Dar to compete with the 35,000 capacity venue in Addis Ababa has confounded expectations. 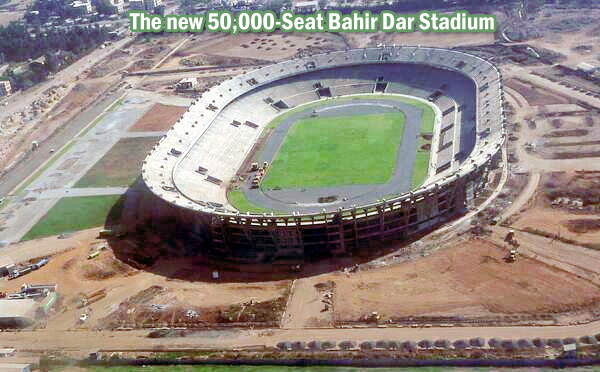 The government has also revealed plans to build a 60,000-seater multi-purpose stadium between Bole Medhanialem and the Imperial Hotel in the capital. This, for some, serves as just one positive example of government intervention and can hopefully be a platform upon which to build for the future. Clearly the future of sports in the country is bright but only a work in progress. Commissions like the one headed by Sileshi are springing up around the city with various sports being practiced. For example, basketball has seen a growth in popularity over recent years. A commission such as this has the aim of â€˜spreading and developing sports within the city [Addis Ababa.]â€™ Yet the link between this on the one hand and the economic aspirations of the country cannot be underestimated. Facilities need to be built and players/participants incentives have to be enhanced if people are to seriously pursue a future in the field of sports against the backdrop of a society still grappling with socio-economic issues.

But perhaps there is another obstacle. According to many aspiring runners, the honey contained within the nationâ€™s favorite drink, Tej, is said to give you energy. Although one would wonder with its high alcohol content whether any medical expert would agree that its putative use as a stimulant for running really does have a beneficial effect. Overcoming this obstacle in a country so steeped in its own culture and history may prove to be a step too far.