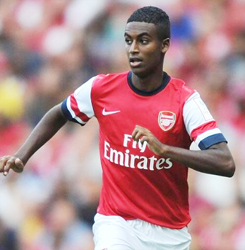 Is Arsenal midfielderÂ Gedion ZelalemÂ about to pledge his future to the U.S. national team?

The Insider has learned Zelalem is close to becoming an American citizen, and by virtue, become eligible to represent the United States in international competition. Zelalem, who turned 17 in January, is believed to be in Washington with his father this weekend for naturalization purposes. By the time they return to London, both will likely be carrying U.S. passports.

Zelalem is a German-born midfielder of Ethiopian descent whoÂ lived in the D.C. suburbs for six years and honed his craft with Olney RangersÂ before joining Arsenal last year [His Gunners profile]. He trained with the U.S. under-15 team twice, but without citizenship, did not meet eligibility requirements for official matches.