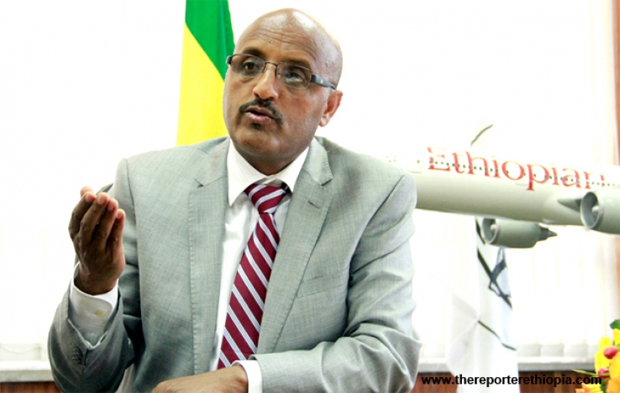 Addis Ababa, Ethiopia -Â (WIC) â€“ As Air Transport is irreplaceable to connect African Countries to one another and with the rest of the world African States need to give a serious attention to the sector, Ethiopian CEO Tewolde Gebremariam.

In his exclusive interview with WIC, the Chief Executive Officer emphasized that the continent needs to have Common Aviation Policy to facilitate the profitability of African Airlines.

Africa should take European Union as a model in developing its Aviation Industry, he said, adding that it has managed to enable its Airlines to move freely within the continent.

This is, however, impossible in Africa, Tewolde added.

According to Tewolde, Ethiopian Airlines canâ€™t, for instance, fly from Addis Ababa to France via Chad or Khartoum due to lack of such Common Aviation Policy in the continent.

According to the Chief Executive Officer, focus is not given to the sector in many African countries as a result the marketing is segmented, the inter Africa traffic is very low, not many Airlines are serving and trade among African countries is only 10 percent.

Both road and train transport in Africa are underdeveloped, Tewolde said, adding the only appropriate and irreplaceable transport to connect African countries is air transport; however, it is taxed heavily even more than alcohol and beverage in some African countries.

In this regard, Tewolde appreciated the Ethiopia government that it has done its best level to develop the sector.

It has constructed 17 Airports among which 15 are asphalted; however, most African countries do pay attention to Air Transport infrastructures, the CEO added.

Despite the fact that African countries need to pay due attention to Air Transport and subsidize the Aviation Industry to make it profitable, we found things on the ground different, WIC learnt.

According to the Chief Executive Officer, the price of jet oil in Africa is more than doubled to the world update and Airlines are taxed in the continent very high even more than the taxation for cigarette and alcoholic beverage in some African countries.

These challenges could be alleviated if Africa Airlines manage to have a single marketing aviation like the Europeans through liberating the traffic rights, The CEO added.

It would be appropriate for African countries to carry out the agreed, signed and filed Common Aviation Policy to liberalize the traffic rights some 20 years ago, Tewolde emphasized