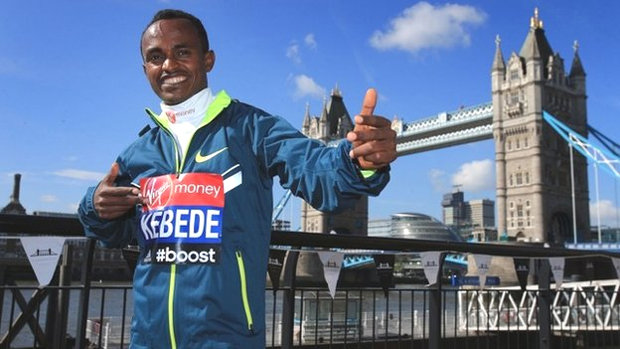 Tsegaye Kebede has warned London Marathon debutant and double Olympic champion Mo Farah that he is in “good shape”Â to defend his title.

Farah, 31, makes his full debut in the 26.2-mile race on Sunday and faces four of the 10 fastest marathon runners in history, as well as 27-year-old Kebede.

The Ethiopian, second in November’s New York Marathon, said: “After running in New York I have focused only on London.

Kebede came from fifth place, and more than a minute behind the leader, in 2013 to take victory in London for the second time in his career.