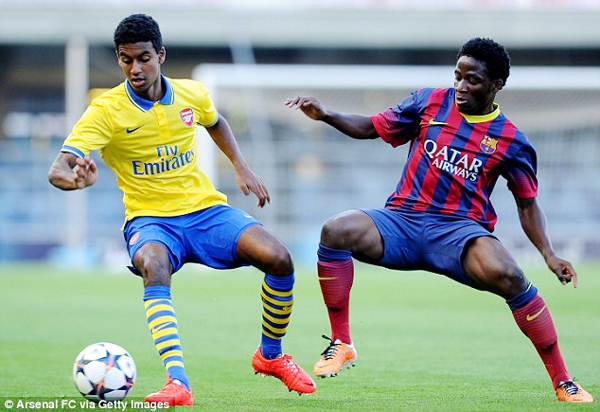 I’m going to need more than that…

Zelalem is only 17 but has already played at clubs in Germany, America and now England.

His youth career started at Hertha Berlin, where he was born, but he followed his family to the US in 2006 and played for MSC United and Bethesda Soccer Club, before joining Olney Rangers.

The latter is where Arsenal picked him up from just eight months ago aged 16.

In January he made his first-team debut in an FA Cup match against Coventry, making him the first player to be born after Arsene Wenger joined Arsenal to play for them.