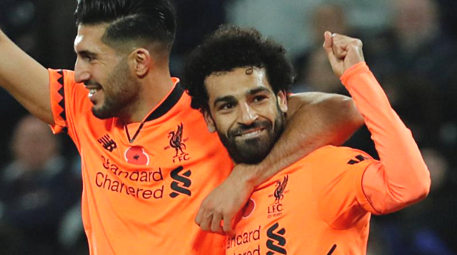 Salah put his side ahead in the first half, firing beyond keeper Joe Hart after the Hammers were caught out by a quick counter-attack.

The Reds doubled their lead soon after when Joel Matip slotted home from a corner.

Liverpool’s fifth Premier League win of the season moves Jurgen Klopp‘s side up to sixth in the table while West Ham are 17th, just one point above the relegation zone.

Defeat matches West Ham’s points total after 11 games from 2010-11 when they were relegated from the top flight.