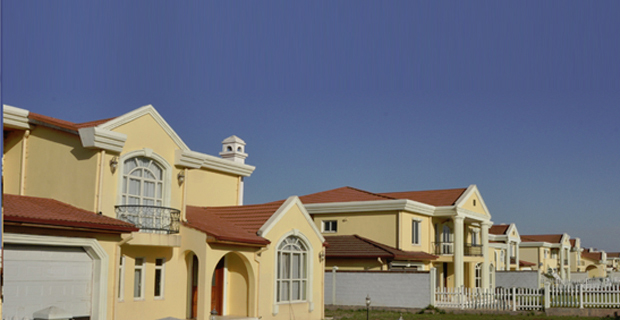 The ruling of the Supreme Court sets the bar high for all real estate developers in the country.

Addis Ababa, Ethiopia -Â Country Club Developers (CCD) is to restore contracts with six clients for luxury villas it had previously annulled and pay them compensation of up to 10pc for the 1.7 million Br to 3.1 million Br houses it had promised to deliver.

The Federal Supreme Court passed this decision on Tuesday, February 18, 2014, upholding the ruling of the Federal High Court with partial amendment.

The litigation began in 2011, when the CCD, unable to deliver the houses in 18 months as it had agreed in the contracts, called a meeting three and half years after the deal with its clients to ask them for more time and half a million Birr from each.

All but six agreed to the request. The CCD unilaterally cancelled the contracts with the six and informed them that they would have their money back after fines were deducted. They took their case to court in a so-far successful bid, demanding that the CCD respect the original contract and pay them compensation.

The six were Almaze Alemu, Epherem Senbeta (PhD), Getachew Tezera, Sherif Mohammed and Zewdeneh Getachew, all residents of the United States at the time, and Dejene Tezera, a resident in the Netherlands.

The Federal High Court first ruled in favour of the plaintiffs on March 29, 2013. Judge Shemsu Sirgaga decided that the original contract would remain valid and the CCD had to pay each plaintiff 4,000Br a month starting from the original construction deadline.

The CCD appealed to the Supreme Court over 10 months ago, on May 3, 2013, claiming that it was the High Court in Oromia, where the houses are located, that should have seen the case in the first place. They also claimed that they could not be accused of a breach of contract as they had already annulled it.

The verdict of the Supreme Court handed down on February 18, 2014, stated that the CCD should hand over the luxury villas, including punitive damages, to the plaintiffs.

The Supreme Court rejected the CCDâ€™s appeal and upheld the High Courtâ€™s ruling with an amendment. The amendment rejected the ruling for the 4,000 Br a month payment for house rent, saying that the CCD should pay these six clients 0.1pc a day until it has delivered the houses or until it has paid 10pc of the sum for the houses.

The real estate developer was established in 2002, with a registered capital of 20 million Br, equally contributed by Messele Haile (PhD), a German trained architect, and Alemayehu Ketema, an architect who owns a construction firm bearing his name.

The Company leased a 70ha plot of land in Legatafo town, in the Oromia Special Zone (11Km from Addis Abeba), for a 99-year term, at 70 cents a square metre.