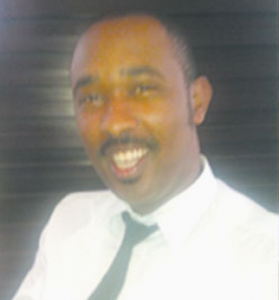 Dressed in Ethiopian traditional clothes Tewolde Gebremariam, CEO of Ethiopian Airlines, was addressing a large audience at the African Union headquarters Nelson Mandela Hall about the success of his company on Saturday February 15.

At the end of his comprehensive presentation he received warm applause from the house. He and his young but experienced management team members saluted the guests. In fact, Tewolde was so cheerful that he was dancing to Shakiraâ€™s popular song, “Waka Waka (This Time for Africa)â€ at the beginning of his presentation. He had enough reasons to be happy. His airline is one of the few profitable airlines in Africa, the first in Africa and the third in the world to own and operate Boeingâ€™s state-of-the-art jetliner, Dreamliner.

The airline now has 63 aircraft, with an average age of a mere seven years. The airlineâ€™s international destinations have reached 79 and it flies to all the inhabited continents except Australia. â€œGive us a few years and we will fly there,â€ Tewolde told the gathering. The national flag carrier annually makes more than two billion dollars. The revenue has grown seven-fold in five years.

While he was celebrating his airline success on Saturday with his loyal customers, Tewolde had no clue about the bad news he would he hear on Monday morning. In an interview he conducted with The Reporter two years ago, Tewolde said whenever he wakes up early in the morning his checklist include making sure all Ethiopian aircraft have safely departed, followed by checking the price of fuel.

Read more at The Reporter