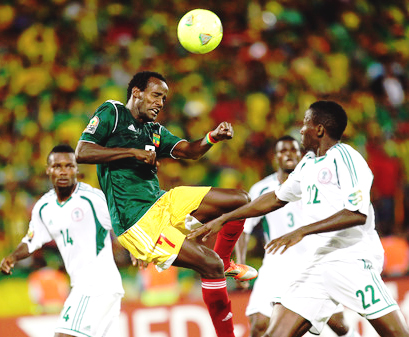 Ethiopia‘s prolific striker Salhadin Said has reacted to the sacking of coach Sewnet Bishaw who was dismissed on Wednesday afternoon.

Salhadin, who was not aware of the sacking, learnt it from supersport.com who informed him in a telephone conversation from his Egyptian base where he plies his trade for Wadi Degla.

â€œ I did not have this information and donâ€™t want to comment on the dismissal, but what I can say is we now need a big coach, possibly from Europe, to help us in our future assignments.”

“Sewnet did well with the team but now that changes have been affected we as players have to abide with them. I feel itâ€™s time to get a top coach with knowledge on how we can advance even further so that we do not relent on our form from last year,” Salhadin Said told supersport.com.

Salhadin has been in top form at Wadi Degla scoring crucial goals. He was one of the key players in Ethiopia’s quest to reach the World Cup that were thwarted after they lost both home and away to African champions Nigeria in the 2014 playoffs.