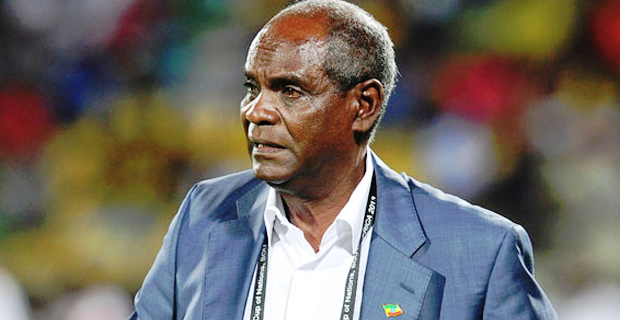 Addis Ababa, Ethiopia -Â Three years have hardly elapsed since the Ethiopian National Football Team â€“ the Walyas â€“ strode forward from back page sideline commentaries to front page news stories after coming out of their 30-year hibernation. Their victory over their Sudanese counterparts in Addis Abeba was one of the many factors that triggered it. But there was football in Ethiopia long before that.

Qualifying for an African continental football tournament should not be a novelty for a country like Ethiopia. It was one of four countries to lay the founding stone of the Confederation for African Football (CAF), while most African nations were still preoccupied with the question of freeing themselves from the yokes of colonialism.

There was football in Ethiopia more than seven decades ago, when strikers, like Mengistu Worku and midfielders, such as Yidnekachew Tessema, were not only dominating the local media, but also very popular names in other African countries. Transient as we all are, generations have passed leaving only their nostalgic memories behind.

The winning of matches and the proud attention had all vanished into the thin air, absent from the international scenes for over 31 years. Indeed, the media had overused this sad sentiment, until the Walyaâ€™s victory over the Sudanese team.

In 2010, Ethiopia qualified for the CAF Championship held in South Africa. Notwithstanding the final result, the Walyas had become known as a power to be reckoned with.

The quality of football they displayed was in itself a new dynamic that boosted the morale and expectation of every football fan at home and abroad. This included members of the ruling party, who not only pledged to encourage the growth of football infrastructure in the country, but also to donate prizes and money to both players and coaches.

For unknown reasons, however, this victory in football has been construed as a sentimental expression of Ethiopianism. Football fans push this trend to the extreme, so much so that people not only wear jerseys in the nationâ€™s tricolour flag, but also associate victory or defeat with the countryâ€™s prestige.

They forget that football is only a means of entertainment and a source of joy. They consider losing in a football game as a national disgrace and public disappointment.

That seems to be what is being felt among many football fans these days in the wake of consistent defeats. The cracks seem to be showing.

When a new building construction is finished, owners and contractors agree to conduct a provisional acceptance until one year â€“ the idea being to have enough time to observe if any kind of structural fault may show up. If any trace of cracks appears within the agreed period of time, structural engineers make attempts to find the cause of the fault. They begin from the results of a soil test, the depth of the footing, the concrete mix, the casting duration, the strength of the material used and so on, before taking any kind of a corrective measure.

We can take this analogy as to the way clubs in the country in general and the national squad, the Walyas, in particular, are set up. The last two years have shown us the affirmative sides of the countryâ€™s football status.

Soon after the Walyas failed to qualify for their first World Cup, to be held in Brazil, losing in a play-off with Nigeria, they have started travelling down a slippery slope in performance.

Are the cracks showing too soon?

I would like to comment on some stakeholders in an attempt to dig deep into the structural explanation, in addition to the distortion and general sentimental shift. I want to start with sport journalists.

Every person has a right to give his or her opinion or make comments. But messing up a professional report with opinion and unprofessional analysis, without even daring to call a spade a spade, is not only out of context and irrelevant, but can also be precarious at times.

Coaches or managers cannot be free from criticism.

Is Sewnet Bishaw, the national squad coach, shouldering the duty of a manager or coach, or both?

Just like the structural engineer is responsible to determine the strength of materials, so does a coach have the responsibility of going to all corners of the country to scout potential players and train them up as succeeding squad members. He has to inculcate the necessary skills to help them grow and reach their potential.

Football is not something one can develop by digging or bulldozing. It requires both physical and mental development. The coach should be able to deliver both.

This takes us to assess his abilities by the results of his team. That includes his capability to read and evaluate the weak and strong sides of his rival teams in advance, so that his decision to locate which player at which part of the field may be more or less effective. Victory should be his target.

Sewnet has achieved a lot in improving the competitiveness of the Walyas, advancing them very close to success. But that much achievement is not attributable to his ability alone.

As the late Yidnekatchew Tessema once said, â€œthere are times when success becomes typical to certain generation of a given eraâ€. That era could not repeat itself after the old guards of the Walyas left the team, when fate took them away.

As the old English proverb goes, â€œin the country of the blind, a one-eyed man is a kingâ€, Sewenet, successful as he is up to an extent, should not feel indispensible and presumptuous. He cannot be immune from criticism, just because of his past track records.

His reluctance to give a press release, his impatience to stay put throughout a full game, his inability to travel the country for scouting or even his inability to think strategically and cultivate young stars in high time would not have qualified him for any post, according to many, if it were not in Ethiopia. His failure to substitute the right player at the right time is very significant.

Even then, there cannot be any place for tolerating any preposterous attitude in a country of over 81 million people. It is wise to know oneâ€™s self and to be ready to say enough is enough and bow out with dignity, before the curtain is forcibly drawn down.

He could go and sit sparingly on the bench.Â  I could be wrong. But it is better to be wrong and face the truth, than turn around and stab him in the back with a dagger of hypocrisy.