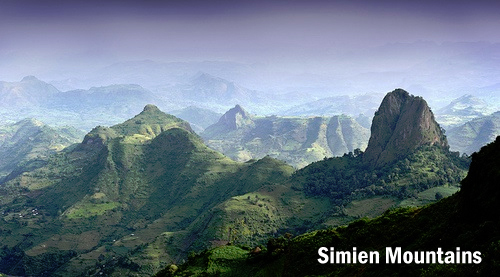 Though much has been said and sung about Ethiopia’s tourism resource, the nation has barely made a dent into the huge prospective it is believed to be. The contribution of tourism to the country’s GDP is akin to a drop in the ocean.

This state of affairs cannot be countenanced any longer.

Ethiopia’s tourism potential is more varied and richer than that of its neighbors. For instance, the likes of Kenya and Tanzania largely rely on their wildlife to generate income from tourists. Ethiopia, on the other hand, offers, on top of its diverse flora and fauna, a trove of historical, cultural, religious and archaeological attractions that most African countries cannot match. The Aksum obelisks, the Lalibela rock-hewn churches, the Gondar Fasiledes Castle, the Harrar Wall, the Debre Damo monastery, the Semien and Bale mountains national parks, the Konso terrace farms, the Erta Ale active volcano, the Danakil Depression, the Sof Omar system of caves, the Lake Tana islands, and the skeletal remains of the over three-million-year-old Lucy and Selam are prominent tourist attractions Ethiopia is home to. How come we lag behind our neighbors in the number of visitors despite possessing far superior tourist destinations? Why are we still held up as poster boys of backwardness even though we sit on a gold mine in terms of our tourism potential? In the past few years various efforts have been made to secure world heritage status for the heritages of Ethiopia from United Nations Educational, Scientific and Cultural Organization (UNESCO). These efforts have begun to bear fruit with the UN agency bestowing recognition on the celebration of Meskel (the founding of the True Cross) in 2013 as an intangible cultural heritage. In the meantime the Ashura festival, which is celebrated in the Harari regional state, is reportedly on the verge of registration by UNESCO while a request was recently tabled to UNESCO to similarly register the Timket (Epiphany) festivities. The endeavors to earn international recognition for our heritages, which have resulted in the registration of ten heritages by UNESCO, are commendable. And the acknowledgment brings with it considerable benefits. This said, it would be prudent to look beyond the registration of our heritages and work on utilizing the enormous economic benefit we can reap from our tourist attractions.

Although the stakeholders in the tourism sector have proposed recommendations on how to solve the problems besetting the sector, nothing has come out of them. Chief among the problems is the absence of a committed leadership and the dearth of professionals that would have taken Ethiopia’s tourism to the next level. Furthermore, in spite of the obvious advantages that accrue from licensing and providing aftercare service to tourism-sector actors, time and energy is being unnecessarily wasted bickering on inconsequential matters.

It is disappointing to say the least to blame the shortage of funding and experts for the unsatisfactory performance of the tourism sector while the country could have fared much better had it followed the course charted by the then tourism professionals decades ago. If there is the will there is no reason why the skill set, financing and technology required to render tourism a major source of revenue cannot be acquired. Claims that there are wide-ranging activities aimed at utilizing the country’s tourism potential, there is no use making plans that are not implemented on the ground.

As a nation it is incumbent upon us to display greater urgency to preserving the existing heritages, expanding the national infrastructure coverage, improving the accessibility and facilities of tourist attractions, allocating the budget essential to promote heavily Ethiopia as a tourist destination, etc than the rush to get our heritages registered. We have to do whatever is within our power to turn tourists who visited Ethiopia into our ambassadors. Let’s raise one example here to illustrate our point. There are some 200 ancient rock-hewn churches in the Gere Alta mountain chains located in the Tigray regional state. Though tourists find these churches stunning, they complain that the churches as well as the artifacts and writings they contain are not maintained properly and are difficult to get to owing to the unavailability of a reliable transport service. The same is true of Abraha Atsbeha and Wuqro Qirqos, the nearby fourth-century architectural wonders. Other ancient churches, mosques and structures also face a similar problem. 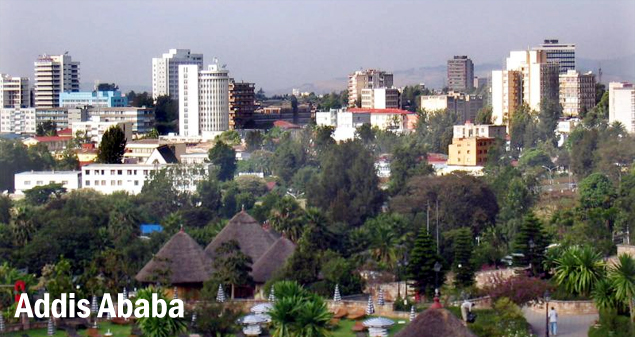 The stakeholders involved in the tourism sector are another important aspect which needs to be taken into consideration in relation to Ethiopian tourism. How are tour operators faring? Are they provided with help in their effort to make Ethiopia a tourist attraction? Do they enjoy the privilege to import duty free the goods essential for their operations? Do they put to proper use the privilege they are granted? Do they strive to provide international-standard service to tourists? Do they deploy knowledgeable tour guides and interpreters to tourist destinations? Are our hotels satisfying the demands of international travelers? These and similar issues have to be addressed satisfactorily.

Does the agency tasked by the government with overseeing the tourism sector possess the necessary organizational and human capacity? Are the problems and gaps observed in the sector promptly dealt with? Unless the agency goes beyond lamenting about problems and make themselves part of the solution Ethiopia’s tourism potential cannot be exploited to the fullest. Hence, it is imperative to enhance the capacity of the agency if tourism is to fulfill its potential as the backbone of Ethiopia’s economy. In addition to this, the Cabinet and Parliament must see to it that the performance reports submitted by the agency are accurate and not cooked to impress.

Last week Addis Ababa was listed by The New York Times as one the 52 places in the world that should be visited in 2014. As the entry point to and capital of Ethiopia it does us proud for the metropolis to feature among the top destinations of the world. No one can deny that the boom in the construction of both residential and commercial buildings, roads and light railway lines in the city plus its museums, ancient heritages and vibrant art scene attest to the fact that it is growing in leaps and bounds. However, much needs to be done in order to improve the experience of tourists outside of Addis Ababa, to preserve the country’s heritages and ensure better access to them, and to allot substantial budget towards branding the country globally.