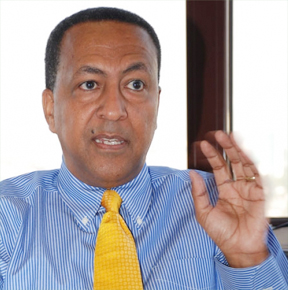 A few weeks ago, in New York City, EthiopiaÃ¢â‚¬â„¢s Prime Minister Hailemariam Desalegn gave a presentation to a group of senior business leaders about the investment opportunities in his country. The audience included the CEO of one of the worldÃ¢â‚¬â„¢s largest hotel groups, the COO of a Ã¢â‚¬ËœFortune 500Ã¢â‚¬â„¢ industrial enterprise famous for its construction tools and several other executives including private equity fund managers.

Ethiopia has indeed come a long way in getting the attention of sophisticated global investors. Attendance at similar road show presentations in Paris, Seoul and Tokyo, earlier this year was just as impressive: in Tokyo, there were over 400 people.

So how did Ethiopia get to this point where global investors are starting to consider it as an attractive investment destination and even President Barack Obama has included it in his USD 7 billion Power Africa initiative? ItÃ¢â‚¬â„¢s because EthiopiaÃ¢â‚¬â„¢s economy has averaged 10.6 percent annual growth between 2004 and 2011 according to a recent World Bank report. The economy has tripled since 2000 and is ranked amongst the fastest growing in the world.

Its USD 103 billion GDP is the fourth largest in Sub-Saharan Africa and is 25 percent bigger than KenyaÃ¢â‚¬â„¢s. But for many analysts EthiopiaÃ¢â‚¬â„¢s ascendance is best illustrated by the countryÃ¢â‚¬â„¢s ambitious 6,000 MW USD 5 billion hydropower dam under construction on the River Nile. The dam, which is the largest in Africa and fully financed by the Ethiopians themselves, is a point of great pride for its people and the political leadership.

Foreign Direct Investment (FDI) For global investors seeking a rapidly expanding and potentially large market, the Ethiopian growth story, with a GDP EY forecasts at more than USD 400 billion by 2025 thus becoming the third largest in Africa, should stand out. Read more