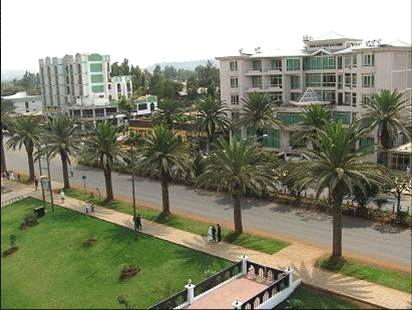 For the first time in its history the town of Bahir Dar, the seat of the Amhara Regional State, is poised to host the 24th ordinary session of the Executive Council of the African Union (AU) at ministerial level, one of Africa’s biggest assemblies.

It will become the first town in Ethiopia outside of Addis Ababa to host the pan-African assembly, scheduled to be held from January 22 to 24.

The week long continental session will focus on the conflicts in the continent Ã¢â‚¬â€œ South Sudan, Somalia, the Democratic Republic of Congo (DRC), the Central African Republic, Sudan and Mali, sources say.

The session is also expected to table an African request to acquire a permanent seat on the UN Security Council, together with issues relating to peacekeeping missions in Mali, the DRC and the Ã‚Â Central African Republic, it was learnt.

Bahir Dar is emerging as a prime location for regional and international conferences, which for the past century has been the exclusive domain of Addis Ababa, particularly since the foundation of the Organization of African Unity (OAU).

For the past 50 years Addis Ababa has dominated the African conference scene, although many other nations could claim to have better infrastructure and facilities, especially in cities other than capitals.

At 550km from the capital, Bahir Dar is proving to be one of the fastest growing towns in Ethiopia in terms of infrastructure development, hotels, resorts and recreation centers.

The Tana Forum and a joint Ethio-Sudanese meeting are among the major conferences that have visited the northwestern city, which sits by AfricaÃ¢â‚¬â„¢s second largest lake, Tana, the origin of the Blue Nile.

In fact Bishoftu (Debrezeit), at 45km from Addis Ababa, and Hawassa, at 273km could argue that they are more suitability to host high profile conferences and mass-gathering events.

Attempts by The Reporter to learn why the AU decided to move to Bahir Dar were unsuccessful, as no officials were available for comment.

Our source confirmed that Egypt would not be participating in the meeting due to an earlier resolution by the AU Peace and Security Council to suspend the country’s membership following the army’s removal of elected President Mohamed Morsi in August.