Statisticians A Lennart Julin and Mirko Jalava look back on the best road running performances of the year with Julin covering the menÃ¢â‚¬â„¢s events and Jalava the womenÃ¢â‚¬â„¢s. 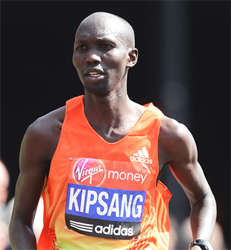 After the spectacular 2011 marathon Ã¢â‚¬ËœrevolutionÃ¢â‚¬â„¢, 2012 had an Olympic focus rather than a record focus for the top runners from superpowers Kenya and Ethiopia; but in 2013 it was back to pushing the absolute limits again.

Since 2007, over a minute has been trimmed off the world record, but where has that minute been found? Interestingly, the second halves in all four record races were almost identical varying between 1:01:57 and 1:01:49, so the improvement has been that the runners have dared to start faster and faster, and found that they could still survive through the second half of the race

Two weeks later, KipsangÃ¢â‚¬â„¢s compatriots Dennis Kimetto and Emmanuel Mutai also dipped under 2:04 in Chicago with times of 2:03:45 and 2:03:52 respectively which means that, and disregarding the Boston marks in 2011, three runners are now less than half-a-minute from the new world record.

Although KipsangÃ¢â‚¬â„¢s run was hugely impressive that time seems far from untouchable. Will we see 2:02-something by someone in 2014?

This year saw nine men go under 2:05 and another four more under 2:06. However, nowhere in that list of 13 runners can be found UgandaÃ¢â‚¬â„¢s Stephen Kiprotich, who added the World title to the Olympic crown he won in 2012, when he triumphed in hot conditions in Moscow in 2:09:51.

KiprotichÃ¢â‚¬â„¢s best time in his seven marathon outings still remains a relatively modest, at least by the standards of Kipsang and the other leading Kenyans, his national record of 2:07:20 set in the Dutch city of Enschede in 2011. 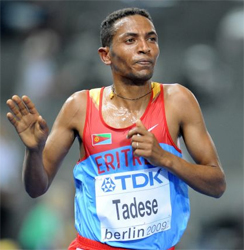 Consequently, it is no great surprise to find that the top 20 of 2013 on record legal courses includes only one runner featuring in the top-20 at 10,000m and another two belong to the top-20 at the marathon.

It appears that the duration of one hour Ã¢â‚¬â€œ rather than half an hour or two hours Ã¢â‚¬â€œ is a niche physically and mentally that is perfectly suited for some runners.

The most obvious example is EritreaÃ¢â‚¬â„¢s world record holder (58:23) and five-time World champion Zersenay Tadesse, who has never been able to find similar success at other distances.

The half marathon not being part of the Olympic programme obviously hasnÃ¢â‚¬â„¢t stopped runners from specialising in this event and the number of attractive competitive opportunities on offer and the fairly short time needed for recovery between races has probably compensated for the lack of potential Olympic glory.

The trio: Geoffrey Kipsang, Stanley Biwott and Geoffrey Mutai all did so at the super-flat and quick Ras Al Khaimah race in February.

Overall, 10 men ran under the hour on record legal courses.

The Ã¢â‚¬ËœbunchingÃ¢â‚¬â„¢ suggests that a sub-58 time, which means keeping 27:30-pace for two straight 10km races plus another 1.1 km, is achievable on a perfect day.

Who will do it is anybodyÃ¢â‚¬â„¢s guess. However, with a high probability it will be a runner from Kenya as they occupy the top six and 12 out of top 13 on the 2013 world list.

The fastest man over 10km on the roads this year is EthiopiaÃ¢â‚¬â„¢s Adugna Bikila, who ran 27:30 in the Moroccan city of Taroudant and he showed it was no fluke by also running 27:36 in Ottawa.

KenyaÃ¢â‚¬â„¢s Leonard Komon, the world record holder over both 10km and 15km on the roads, was the fastest man in the world this year over the longer distance with the 42:15 that he clocked at the famous Nijmegen race in November, the same course that he set the world record of 41:13 in 2010.

The main name in the womenÃ¢â‚¬â„¢s marathon in 2013 was Jeptoo. 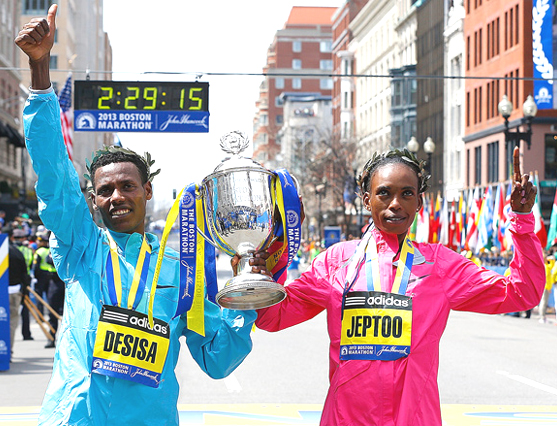 Kenyans Rita and Priscah Jeptoo won a total of four races out of four over the classic distance out of four with Rita ending up as the worldÃ¢â‚¬â„¢s fastest runner this year with a personal best of 2:19:57, clocked when winning in Chicago back in October.

The 32 year-old Rita also won the Boston Marathon in April, but Priscah probably has to be considered the number one marathon runner in 2013. The 29 year-old recorded wins in London in April, with a 2:20:15 seasonÃ¢â‚¬â„¢s best, and then in New York in November and this double can be strongly argued to be a bit stronger than the Boston/Chicago combination by Rita.

Neither of Jeptoos, who are also training partners, participated at the IAAF World Championships in Moscow, so it was left for other athletes to decide the world title.

Despite a strong challenge from the surprising 37-year-old Italian Valeria Straneo, who has an incredible life story including a rise to the world top only after a serious medical condition lead to the removal of her spleen in 2010, the 34 year-old Edna Kiplagat was able to retain her World title from Daegu 2011.

The Kenyan policewoman also finished second in London in a 2:21:32 seasonÃ¢â‚¬â„¢s best, but did not do well in New York where she was ninth, with Straneo this time beating her by finishing in fifth place. 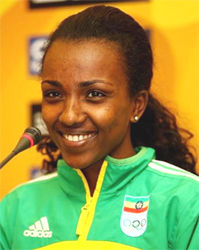 WomenÃ¢â‚¬â„¢s half marathon and other distances

The best half marathon result in a non-aided course was run by KenyaÃ¢â‚¬â„¢s Lucy Kabuu, who won the Ras Al Khaimah race in in 1:06:09 back in February. Priscah Jeptoo was second in that race in 1:06:11, a very good and Rita Jeptoo third in 66:27.

Another two women also ran under 67 minutes this year on record legal courses, and seven more went under 68 minutes, but Priscah Jeptoo can claim the honour of being the fastest half marathon runner this year after her 1:05:45 outing on the slightly downhill Great North Run course in north east England.

Overall the half marathon belongs to Kenyans and Ethiopians, there is only one other country represented in the world top 20, under any conditions and that is The Netherlands thanks to Hilda Kibet, who was born in Kenya.

The 2013 IAAF World Championships 10,000m winner, EthiopiaÃ¢â‚¬â„¢s Tirunesh Dibaba, was also the fastest on the roads over the same distance as her Moscow victory.

Dibaba also ended the year as the fastest women over 15km after winning the Nijmegen race in 48:43.

A Lennart Julin and Mirko Jalava for the IAAF