Addis Ababa, Ethiopia – Nowadays, it is very common to hear a loud speaker on minibuses roaring around Addis AbabaÃ‚Â with big posters of patientsÃ¢â‚¬â„¢ photo requesting help from residents to cover costs for medical treatments abroad, which they could not cover by themselves. This is more evident around churches and mosques during holidays.

Children, university students, youngsters, and many more are observed on major junctions of the city with their unfortunate medical condition requesting people to lend them hand.

One such inopportune person, is Natan Birru, 27, a teacher from Wollo in Amhara Region.

After the Tikur Anbessa General Specialized Hospital medical board referred him for further treatment abroad, he had to fly to India for a kidney transplant, for which he was asked by the hospital abroad to pay at least ETB100,000.

Ã¢â‚¬Å“That was an amount which I have never dreamt of having, it is really quite a lot,Ã¢â‚¬Â says Natan.

Desperate to come up with the money, he and his friends have to move around the different parts of the country since April 2012. His parents also have to sell their cattle to help their son. After a year and six months of struggle, he was able to secure the money. Now he is set to travel to India this month, October 2013.

Medical tourism, the act of travelling abroad in search of health care, has grown significantly in recent decades with an increasing number of people seeking medical services outside their home country. Many patients are travelling great distances to obtain medical care.

According to different studies, travelling overseas in search of increased health and well-being is not a new phenomenon. The earliest form of health tourism is said to date back to the Neolithic and Bronze ages in Europe when people travelled to distant territories to visit mineral and hot springs. By the 18th and 19th centuries, spa towns, especially in the south of France, became popular destinations for people living in the north of Europe searching for sun and an escape from the cold weather at home. In the late 19th century patients from less developed countries would travel to medical centers in Europe and the United States for diagnostics and treatment procedures not available in their own countries. Although travelling for health care is nothing new, the modern dynamics of medical tourism evolved in to what it is now in the past 10 to 15 years. And the trend was global.

The Thailand based Bumrungrad International Hospital was among the pioneers in opening a representative office here in Addis, six years ago. Accredited by the Joint Commission International (JCI), a commission which was launched in 1999 after a growing demand to effectively evaluate quality and safety of medical services, the hospital gives many medical services which are not available here in Ethiopia.Ã‚Â  Cancer prevention, Orthopaedic, neurology and Urology are some of the services the hospital provides. For comprehensive check up, without including travel and accommodation, customers have to pay USD 500 to USD 600 for the hospital.

Operational two years ago for the same purpose, the representative office for the Dubai based Rak Hospital, is one of the offices in Addis Ababa facilitating the services.

These offices facilitate the travel for those who are referred from the local hospitals to further treatment abroad like Natan.

Rak Hospital also gives medical services which are not currently available in Ethiopia like Orthopedics and Joint replacement, Neurosurgery and Spine, interventional Cardiology and Cardiac Surgery, Laparoscopic and Bariatric Surgery. Based on their treatment history, people who go to Rak Hospital will pay an amount that ranges from USD300 to USD20,000 in average.

There are also representative offices of Indian, Turkish, Saudi Arabian and South African hospitals in the capital.

Ã¢â‚¬Å“Most of our customers are people who want to travel for general checkup and stay there for a vacation,Ã¢â‚¬Â says Getu. Ã¢â‚¬Å“Such clients have doubts on the quality of the local health services and prefer to get checked abroad.Ã¢â‚¬Â

Ã¢â‚¬Å“The demand from both kinds of customers is growing; patients who are referred from the local hospitals to get treatment abroad as well as people who want to check their health status,Ã¢â‚¬Â says Meron Bekele (PhD) manager of Rak Hospital representative office in Addis Ababa . According to her, about 240 people travel to Dubai every year for such purpose through her office.

Demeke Yanko, 44, a business man, travels to Thailand every year for medical checkup. Even if it is costly, he does not want to substitute the service he gets abroad with that of local hospitals.

Ã¢â‚¬Å“Life is priceless and I have to spend any thing to keep my health,Ã¢â‚¬Â he told EBR.

Sometimes he takes his wife and children with him, on his trips, for a vacation along with the medical checkup.

According to Patients Without Borders, a publisher of international medical travel guidebooks, located at the crossroads of Asia Europe and Africa, Dubai now boasts 24 American-accredited JCI hospitals Ã¢â‚¬â€œ half of all the JCI accredited hospitals in the UAE, (there are over 120 hospitals worldwide that are accredited through the JCI) . Dubai receives over 400,000 international patients per year.

To attract foreign patients, many countries are touting their medical technology, low prices and safety standards. So what are the top destinations for medical tourism?

About 7 million people travel abroad each year seeking everything from dental work to weight loss surgery to cancer treatment. ThatÃ¢â‚¬â„¢s fuelling an industry worth as much as USD40 billion. Researches show the Healthcare Travel industry is growing at 15 to 20Pct annually.

In 2007, alone, 1.54 million people have travelled from around the world to Thailand for alternative Medicine, Cosmetic Surgery, Dental Care, Gender Realignment, Heart Surgery, Obesity Surgery, Oncology and Orthopaedics. In Southeast Asia, the health sector is expanding rapidly, attributable to rapid growth of the private sector and notably, medical tourism, which is emerging as a lucrative business opportunity. Countries here are capitalizing on their popularity as tourist destinations by combining high quality medical services at competitive prices with tourist packages.

Some countries are establishing comparative advantages in service provision based on their health systemÃ¢â‚¬â„¢s organizational structure. Thailand has established a niche for cosmetic surgery and sex change operations, whilst Singapore is attracting patients at the high end of the market for advanced treatments like cardiovascular, neurological surgery and stem cell therapy.

Ethiopians spent over 30 million dollars in medical treatment expenditure abroad, in the year 2012, according to estimations by the Ministry of Health (MoH).

A number of factors are attributed for the increment of international medical travels and the major reason is the health sector boost in these countries and the failure to provide quality service or affordable health care in the other countries.

While economic benefits are central to medical tourism for the recipient countries, there are other factors in play. Most medical travels are for procedures that are not adequately available in the home-country. In countries where there is no widespread national healthcare, the lack of adequate health insurance, or no health insurance at all, are some of the reasons motivating people to seek treatments abroad, according researches on the area.

Though the exact figure for the number of travellers for such purpose is not identified, the (MoH) confirms the number is significantly growing.

Ethiopia has 130 public and 70 private hospitals, according to Petros Kidane, acting director of medical services directorate at the MoH.

Ã¢â‚¬Å“Though it is very difficult to say that the country will soon retain its medical travellers for quality health care, there are some areas where the Ministry is working on,Ã¢â‚¬Â Petros told EBR.

According to him, some advanced medical equipment are supplied to hospitals currently, in the form of Magnetic Resonance Imaging (MRI) and City Scan. The Ministry is also encouraging the Diaspora community and other foreign investors to engage in the service.

The Myungsung Medical Center (MCM), a Korean-run health center in Addis Ababa, is undertaking on a USD9 million expansion project to encourage Ethiopians to stay in the country for medical treatment, according to the hospitalÃ¢â‚¬â„¢s manager.

Ã¢â‚¬Å“A growing number of Ethiopians travel overseas each year for treatment to the Middle East, Europe, South East Asia and South Africa. The average cost of each trip is estimated to be USD20 thousand. In 2011 alone, more than 6,000 Ethiopians visited the Thai capital, Bangkok, for same purposeÃ¢â‚¬Â he told EBR.

One of the hopes to increase the medical service locally and retain the foreign currency that the country is spending on medical travels is the Ethio-American Doctors which are on track to introduce international standard medical Center to Ethiopia.

It will feature 27 medical specialties that currently are not offered in Ethiopia like vascular surgery, urology, pulmonology, neuro-surgery and reproductive endocrinology, and it is expected to commence operation soon.

Tikur Anbessa General Specialized Hospital, under Addis Ababa University (AAU), has plans to build an ultra modern medical facility in a 100,000msq of adjacent land. The University is teaching students in different sub specialization as well. Ã¢â‚¬Å“This will help decrease the number of patients that travel abroad to seek cure and will also give services to patients from neighboring countries like South Sudan, Somalia and Djibouti,Ã¢â‚¬Â according to Ahmed Reja, Chief Executive director of College of Health Science at AAU. Ã¢â‚¬Å“As a diplomatic capital of the continent where many high profile diplomats reside the city has to provide sophisticated medical services.Ã¢â‚¬Â

In Ethiopia, there is only one qualified doctor for every 35,000 people and until now, there is no medical center accredited for the international standard.

An expert who has been working in the medical service of the country for several years cites evidences that there is only one radiation service for 80 million people. Around 80 percent of the patients die before their appointments for the treatment, he argues.

He also recommends that the foreign hospitals have to be encouraged to open branch hospitals locally so that people can easily access the service and to fill the gap. Moreover, professionals should not run to build their own small kingdoms and should collaborate and work together to tackle the challenge.

Ã¢â‚¬Å“Medical tourism is very expensive and not affordable to every citizen and all stakeholders should work together to provide such quality services locally,Ã¢â‚¬Â the expert concludes. In the mean time people like Natan has to leave the country for medical treatment even though they have to jump through loops to come up with the money for their treatment abroad. 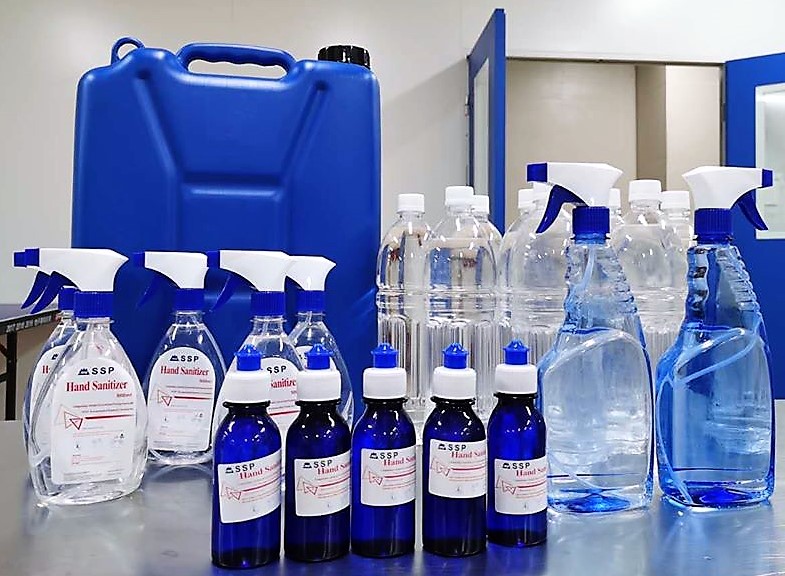 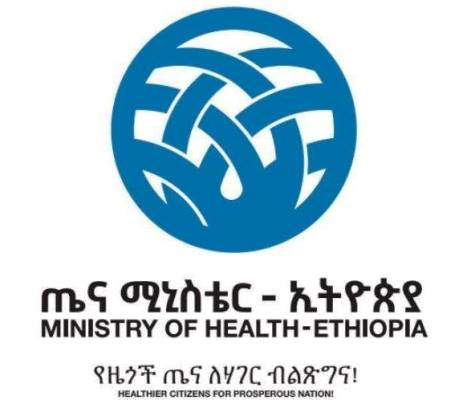