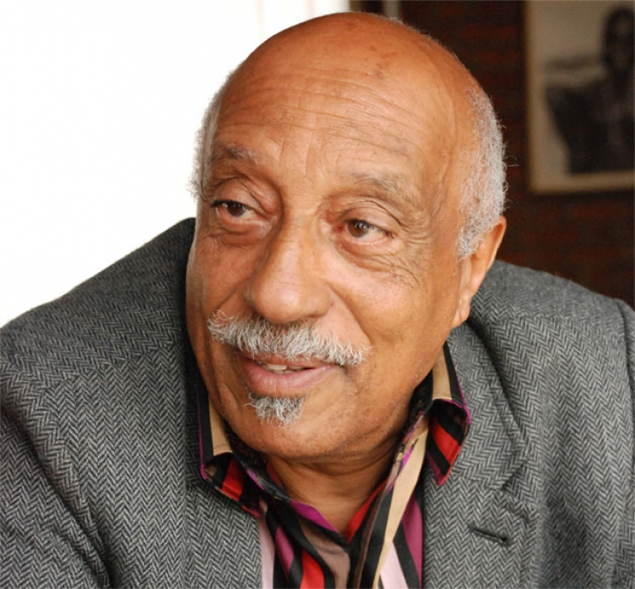 Addis Ababa, Ethiopia -Ã‚Â In the evenings a couple of years ago it was common to hear a deep, soothing voice on FM 97.1, dissecting different jazz elements and saying, Ã¢â‚¬Å“This is African Jazz Village.Ã¢â‚¬Â This voice was the renowned Mulatu Astatke, the man who invented Ethio-jazz forty years ago. It was his radio program that started African Jazz Village, together with a club and music school.

Although interrupted as Mulatu held workshops and performed all over the world,

November 15 witnessed the launch of African Jazz Village inside the Ghion Hotel.At the same historical venue that memorably hosted the world famous singer Bob Marley, Mulatu thinks it will be a platform to bring in creative artists and the local art-loving community.As an honorary doctor of Berkeley Music College and MIT fellow, Mulatu is an inspiration for many musicians, including Damian Marley and Nas who sampled his songs in their album Distant Relatives. His work also featured in the Oscar-nominated film Broken Flowers, and a film Ã¢â‚¬Å“Everlasting MulatuÃ¢â‚¬Â was inspired by his life.

After a busy international schedule, Mulatu is back in his community and ready to contribute.

Although he performs all over the world, back home he rarely plays concerts, with the exception of a couple of guest appearances, but he hopes this will change. The young generation who only know him through textbooks will get the chance to see why they learned about him.He has been experimenting with Ethiopian musical instruments for many years, and he says this will be a place to reintroduce these instruments.His work is not accessible in this country because production companies do not distribute his albums, so he says performing among the community will give them a chance to hear his music.Coming from a festival in Japan, Mulatu says he performed in front of more than 140,000 people, and played live on the BBC with an audience of millions. He has lectured in many places, but what gives him the deepest satisfaction is being acknowledged by his people and performing for his community.

He chose the Ghion Hotel for different reasons, such as the ambience and centrality, but also for its distinct history, the place where Bob Marley jammed, Ã¢â‚¬Å“No woman No cry.Ã¢â‚¬ÂMulatu has plans to turn the club into an East African jazz centre, where renowned artists can come and perform. Apart from his Express band, Jorga Mesfin, Bibisha and Mesele Asmamaw have also performed at the venue.According to him it will not just be a place for African Jazz Village, but also for experimental artists, reggae, azmari (traditional Ethiopian singers) among others. Mulatu says this is just the start, and they hope to hold huge international festivals at the venue.Ã¢â‚¬Å“We want this place to entertain and also educate the community,Ã¢â‚¬Â Mulatu says.