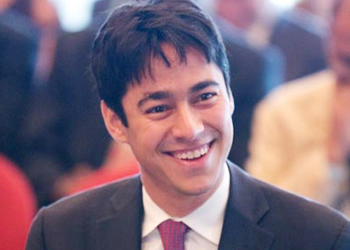 Tourism ministers from across Africa have been challenged to take a new look at the industry and share ideas on how to refine products in order for it to grow.

“As ministers, you should come up with ways to diversify a country’s attractions by investing in new niche tourism products. Think of ways by which the public and private sectors can partner together to support the packaging and growth of tourism in the region,” he said.

During the congress, Angelle Kwemo, founder of the Congressional African Staff Association, articulated the message that Africa is on the rise in her presentation on global investment in tourism.

“In the twenty-first century economy, any company that needs to grow needs an Africa strategy and any African country that wants growth needs a global strategy,” she said.

The Congress was followed by two separate afternoon excursions for delegates to learn more about the products and attractions in the region.

The first was a tour of the Tole Tea plantation and thereafter a visit to the Limbe Wildlife Center.

The Congress welcomed strong participation from students and young professionals. “The YPP participants played an active and direct role in the Congress this year, organising a presentation on Cameroon and a social night at the Chariot Hotel,” said Bergman.

“They participated in all the sessions, maximizing all the opportunities for networking and learning. Their enthusiasm and dedication makes us all excited for the future of Cameroon’s tourism industry,” he noted.

Meanwhile, the Cameroon Minister for Tourism and Leisure,Bella Bouba Maigari, said the 38th edition of ATA’s Congress in Buea is taking place at a time when tourism, a sector with a strong added value that cuts across sectors, is ranked as one of the biggest industries in the world.

On engaging New Partners in Tourism Growth in Africa, for the first time, representatives from the African Development Bank (AfDB) and the New Partnership for Africa’s Development (NEPAD) participated in the ATA congress.

Both in the opening Ceremony and in a panel on public-private partnership, Estherine Lisinge Fotabong, Director of Programme Implementation and Coordination Directorate (PICD) at NEPAD, spoke about NEPAD’s role in economic growth across the continent and the possible role travel and tourism can play in increasing trade and investment.

“This report presents some of the major opportunities and challenges facing Africa’s tourism industry,” said Mandhry. “The facts, figures, commentaries and case studies presented in this inaugural issue show how stakeholders across sectors and the continent are taking an innovative approach to growing the industry.” Mandhry also revealed that Africa continued to show a growth trend, growing from 37 million in 2003 to 63.6 million in 2013.