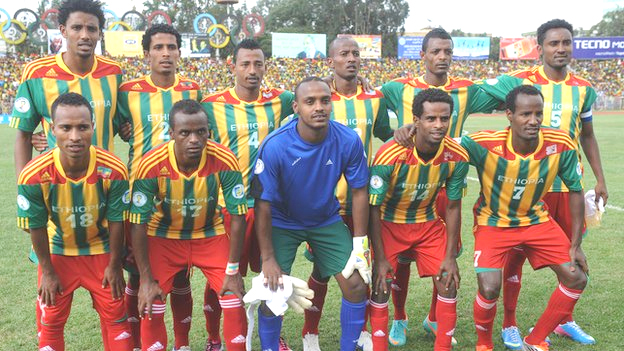 The players and the management (Ato Sewnet and Co.) Ã¢â‚¬â€œ Ã¢â‚¬Å¾the Walyas!Ã¢â‚¬Å“
– In a nation where the national identity has been scratched and been divided with all available elements, you insist and brought about a unity and integrity to let all of us stand together despite our differences, and sing the national anthem, which by the way is very neutral and a well thought out text. Ã¢â‚¬â€œ Thank you!

– You made us think that playing football and become competitive even among the best in Africa is not a farfetched dream. The market value of your team is about 3 000 000,00Ã¢â€šÂ¬ (Three million Euros) compared to that of Nigeria which is around 100 000 000,00Ã¢â€šÂ¬(Hundred million Euro), the difference is quite obvious. The goalkeeper of the Nigerian football team alone is worth three million Euros. Nevertheless we are on a par with clubs like the Nigerian football team. Ã¢â‚¬â€œ Thank you for giving us this confidence!

– You positively influenced, and made it possible for the decision makers of the nation, to think and decide that the building of stadiums is part and parcel of the overall development of a nation. As a result the construction of more than five stadiums in the country with international standard is underway. Ã¢â‚¬â€œ Thank you!

– Several young boys and girls are motivated to play football and develop their sport skills against all odds. This teaches the young generation to be healthy, determined and hardworking. Ã¢â‚¬â€œ Thank you!

– Ethiopia is no more considered to be the hopeless underdog in football. Though we have a long way to go, to be competitive on the international arena, during the last two years you made successful strides forward, despite all the challenges you had, to elevate the Ethiopian football to a better level. Thank you!

– Last but not least, I would like to mention few words on an issue which I am not comfortable with. Professional football is a very intricate game which is becoming a science. It involves a large amount of money and proper management. Accordingly the players are drilled not only to apply their football skills on the field, they have to win a game by all available means, including vicious ones. This is a big challenge for every football player. Being provoked by the other side(like Zidan during 2006 world cup) is quite common. Our players should be very careful about such situations and try to behave calm and professional. No need to discuss and quarrel with the referee on decisions. Discipline is quite indispensable. Football instructors should address this issue with due diligence.

Even if the score would have been 1:0 for the Walyas, the Nigerians were through. So the chance for the Ethiopian team was slim. However, out of the 3 games which took place in 2013 against Nigeria, they scored 6 goals, out of which 4 are penalty, which is not normal. This problem should be given proper attention, so that we can perform better at CECAFA-Cup 2013 and CHAN 2014 tournaments.

– A defeat against the African current champion, and a collection of professional players is not a shame. The nature of the game is like that, a win, a defeat or a draw. Now we should concentrate on the future, try to avoid mistakes and shortcomings which we have, and I think we have a bright future with this team. You are still our champions.

Thank you and keep up the good work!! Go Walyas!! Go!!