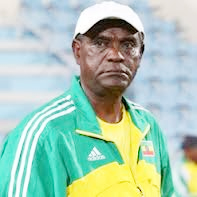 The Ethiopian national football team head coach Sewnet Bishaw told Cafonline.com that he will be cautiously optimistic going into the weekendÃ¢â‚¬â„¢s 2014 FIFA World Cup play-off second leg against Nigeria. The Ethiopian team will travel to Nigeria on Thursday to face the Super Eagles on Saturday 16 November.

Sewnet Bishaw has confirmed that striker Getaneh Kebede has recovered from injury and that his return to fitness has handed the Walyas a major boost ahead of the clash in Calabar. Getaneh has struggled with injuries for over two months. He missed the decisive World Cup qualifier against Central African Republic and the World Cup play off first leg against Nigeria a month ago.

Despite the good news about Getaneh, there are people who cast doubt about his full recovery. Asked about this Sewnet replied: The doctors told me that he has just started training again with his club in South Africa. But we hope that Getaneh will be with the national team for the match against Nigeria. We are eager for his recovery. It is good if he is with the team. But we are determined to challenge the Nigerian side with or without him,Ã¢â‚¬Â the coach said.

Sewnet Bishaw is cautiously optimistic about the second leg against Nigeria. Ã¢â‚¬Å“To be honest, the presence of experienced striker like Getaneh will have an impact in the second leg. But we have to be very careful not to give too much space for their strikers. We have to bear in mind that they got the 2-1 advantage in the first leg after we did not close down space they rarely got in the 90 minutes. In any case the result of a football match is determined at the end of the 90 minutes. We are ready to challenge them until the end,Ã¢â‚¬Â the coach said.

The coach further commented that when outsiders like the Ethiopian team face the reigning African champions, the psychological pressure is high. Ã¢â‚¬Å“In our first leg we played quite well. We avoided the heavy pressure imposed on us by the international media. We canÃ¢â‚¬â„¢t deny that Nigerians are star-studded side. Most of the players are playing in big European leagues. Despite this we had an opportunity to be in a 1-0 lead.

After regaining parity, it was in the injury time that they got a penalty for their 2-1 win. Experience helped them gain that advantage,Ã¢â‚¬Â Sewnet remarked. The coach added that playing an away match is always challenging for the visitors. Ã¢â‚¬Å“This will be our third time to meet Nigeria in the space of ten months. The sad part is that we conceded two defeats in a row due to our errors. In the first match during the African Cup of Nations in South Africa they beat us two to nothing.

They also scored both goals through penalties including another late one in the dying minutes. Unable to take lesson from that we also made similar mistake during the first leg in the World Cup play off in Addis Ababa. But we will seek to avoid same mistake in the second leg,Ã¢â‚¬Â he concluded.