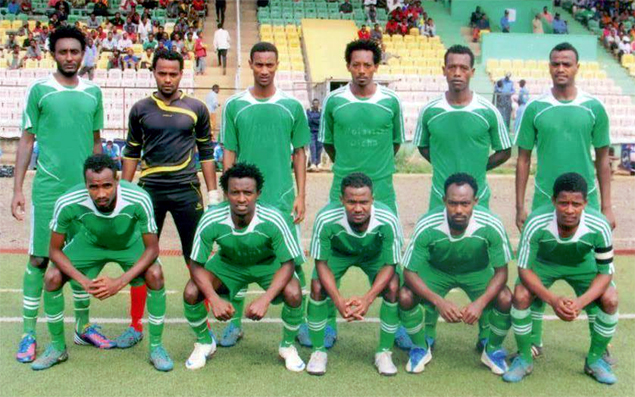 Wolaita led 1-0 at half-time thanks to a goal by Baye Gezahegn.

Although fans of CBE expected their team to rebound in the second half, they were invited to more onslaughts by the speedy Wolaita players who added 3 more goals courtesy of Hussein Dengasso, Tesfaye Melaku (a 25-meter cracker) and Samson Kolocha.

WolaitaÃ¢â‚¬â„¢s coach and former Arba Minch player, Messaye Teferri, told Ethiopian Radio & Television Agency (ERTA) that he was very pleased by his teamÃ¢â‚¬â„¢s performance. CBEÃ¢â‚¬â„¢s coach Tsegaye Kidane on his part said that Wolaita was the better team and deserved to win.

In other matches, EEPCo travelled south and clinched a 2-1 victory over Hawassa City. Bereket Yitsak and Teshome Tike scored for EEPCO, while Wondemenh Zeru got HawassaÃ¢â‚¬â„¢s lone goal.

It was another scoreless tie in Gonder as newly promoted Dashen Beer drew 0-0 with Harar Beer.

The new season kicked off on Saturday with Arba Minch Kenema sharing a point with Ethiopian Insurance after their match ended in a scoreless tie, while Defence Force defeated Sidama Coffee 3-1.

Two other matches featuring defending champions Dedebit FC, Ethiopian Coffee and St. George were postponed as the teams had more than 3 players each in camp with the Ethiopian national team, which is preparing for the second leg match of the 2014 World Cup qualifier with Nigeria.