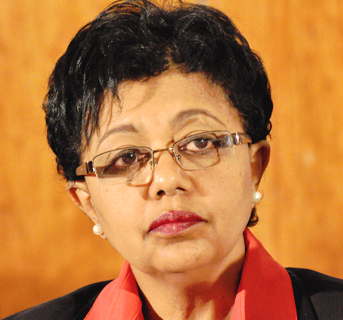 The results, announced during the companyÃ¢â‚¬â„¢s general assembly on Thursday, October 24, 2013, at the Hilton Hotel, show an overall successful year for the company. In addition to its profit, the company has continued to record healthy liquidity, with its cash and cash equivalents representing 63.26pc of its total assets, a slight increase from the previous yearÃ¢â‚¬â„¢s 61.53pc.

The introduction of the no-premium-no-cover directive that bans the sale of insurance policy on credit, except to state-owned institutions, has played a part in this yearÃ¢â‚¬â„¢s success, according to Meseret Bezabih, Managing Director and CEO of United.

Ã¢â‚¬Å“That directive has positive effect on our liquidity,Ã¢â‚¬Â she told Fortune. Ã¢â‚¬Å“Our success is more attributable to the external environment than to any different operation on our part. We take delight in the result.Ã¢â‚¬Â

Ã¢â‚¬Å“This improvement is commendable and it indicates that there is huge possibility for further reduction in claims expenses by instituting good risk management,Ã¢â‚¬Â states Abdulmena Mohammed Hamza, an accounts manager for Portobello Group Ltd Ã¢â‚¬â€œ a London-based holding company with subsidiaries in property investment and development. Read more