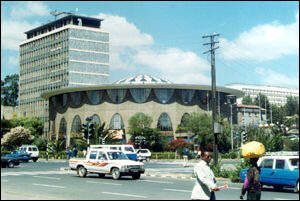 The Commercial Bank of Ethiopia (CBE) will launch interest free banking as of Monday, October 28, 2013, in 23 selected branches in Addis Abeba and in other major regional towns.

The service, which will be offered on separate windows, can be used by individuals, government institutions and nongovernmental organisations (NGOs). Services offered under the interest-free banking include deposits, foreign exchange and money transferring services, and will be available for customers who engage in trade partnerships, agricultural forwards contracts, construction, manufacturing and import-export trade, the Bank says.

The service does not include traditional loans that require interest payment by the borrower, according to Ephrem Mekuria, communication manager at CBE, but instead provides financing through a different method, where the borrower enters an agreement with CBE whereby it will pay a percentage of its profit to the Bank as repayment. This means that it is both a risk-sharing and profit-sharing agreement, Ephrem said.

Interest-free banking mainly targets individual and institutional customers that do not want interest on their deposits because of reasons such as religion. The National Bank of EthiopiaÃ¢â‚¬â„¢s (NBE) directive that guides the interest-free banking business, defines the service as mobilising or advancing funds that is undertaken in a manner consistent with Islamic finance, which avoids receiving and paying interest. Read more