Addis Ababa, Ethiopia – The recent establishment of three institutions, the tourism council, tourism board and tourism agency, have raised the hopes of tour operators that it will address the problems they face and allow the sector to flourish.

At a discussion forum the Ethiopian Tour Operators Association (ETOA) held at the Jupiter Hotel [on Tuesday October 8 as part of the 10th Year Anniversary celebrations of the Association], stakeholders discussed the different challenges faced by the sector over the last ten years.

The differences that exist between operators and the Ethiopian Revenue and Customs Authority (ERCA) dominated much of the discussion.

The row over interpretations of the terms tourist and tourism services have been going on for quite some time. Officials at ETOA hinted that differences still remain, even after the change of administration at ERCA due to measures taken by the Federal Ethics and Anti Corruption Commission (FEACC). 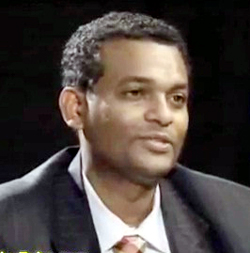 Fitsum Gezahegn, President of ETOA, feels let down over such arguments and considers the past three years a waste because of it. Ã¢â‚¬Å“The last three years have been spent discussing usage of vehicles imported under duty-free privileges and such kind of issues while we could have used the time to accomplish important things for the sectorÃ¢â‚¬â„¢s development,Ã¢â‚¬Â he told participants of the discussion. He continued by saying that there were several important issues to be discussed and resolved; Ã¢â‚¬Å“like reversing the negative image of Ethiopia, development of tourist destinations, marketing of assets to tourists, maximizing foreign currency gains, coordinating with each other, meaning ERCA and other relevant institutionsÃ¢â‚¬Â, but that most tour operators have lost their motivation and are aggrieved that time and energy was wasted on minor and trivial issues.

32 vehicles imported under the duty-free scheme by 26 tour operators have been seized by ERCA the previous year and are still in the hands of the Authority, which has parked them at its Kaliti branch where they still remain without providing any service. This is despite the order issued by the Ministry of Finance and Economic Development (MoFED) to review the situation on a case-by-case basis and return them to service. The Ministry of Culture and Tourism (MoCT) has also voiced its concerns over the issue.

According to Tony Hickey, General Manager of Ethiopian Quadrants PLC, ERCA was able to get away with it because other governmental institutions didnÃ¢â‚¬â„¢t question the measures it had taken.

Hickey said he understands ERCAÃ¢â‚¬â„¢s genuine concern that certain tour operators are abusing the privileges given to them by the government, but argues that impounding cars will not resolve the problem. He said he is hopeful that the newly-established institutions, especially the tourism council, which will be chaired by the Prime Minister himself, will address these issues in a satisfactory manner. 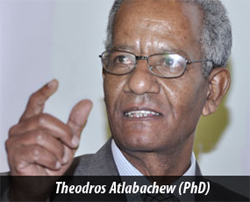 ERCA not only refused to accept the views and explanations of tour operators, but also declined to avail itself for meetings, according to Theodros Atlabachew (PhD), a Certified Travel and Tourism Consultant. Ã¢â‚¬Å“When we invited ERCA to a meeting, they didnÃ¢â‚¬â„¢t send anyone, especially a senior official, from their institution,Ã¢â‚¬Â he said.

The tourism council was recently established by the Council of Ministers, but details of its operation are still being worked out, according to Theodros.

The government is hoping to double earnings from the tourism sector, which currently stands at USD 250 million, by the end of the GTP period. It also wants to increase the number of tourists by twofold during the same period from the current 500,000.

CapitalÃ¢â‚¬â„¢s sources at ETOA said that the governmentÃ¢â‚¬â„¢s plan will only be achieved by removing obstacles hindering progress. Ã¢â‚¬Å“For example, we are Ã¢â‚¬Å“exportingÃ¢â‚¬Â tourism services as tourists pay in foreign currency. The government should provide proper incentives for this type of export as it does for other export items,Ã¢â‚¬Â one source explained. Ã¢â‚¬Å“One of the incentives is lifting VAT payments on tourism-related services,Ã¢â‚¬Â he said. He hinted that the association is discussing this issue with ERCA.