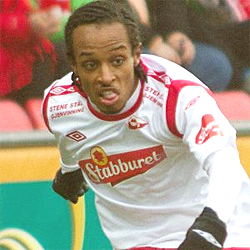 Addis Ababa, Ethiopia – Coach Sewnet Bishaw has called on Norwegian based Amin Askar to put up an appeal with the Ethiopian football Federation(EFF) asking it to fast track his involvement with the Walia Ibex.

Bishaw further reiterated that he has no problem with players who were seeking to play for the national team as long as they followed the right procedure to be included in the team.

“Amin Askar should file an appeal with the Federation outlining his desire to play for Ethiopia and after this procedure is done, I dont think it would be a problem to include him. He must also send over his video clips so that we analyze them and see how effective he can be for us on the national team.I am never the person to deny any player a chance but they have to follow procedure and must also be impressive “Sewnet told supersport.com

Amin Askar who plays for Brunn in the Norwegian league expressed his desire to play for the Walia Ibex after refusing to play for Norway where he has played for 11 years gaining experience.