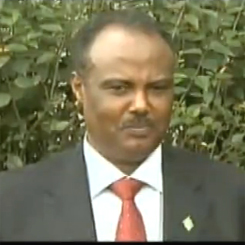 Addis Ababa, Ethiopia – Newly elected Ethiopian Football Federation (EFF) President Junedin Bashah has outlined his vision for the next four years as he took over office on Thursday.

Junedin got 55 votes from 106 General Assembly members to become the new football chief.

Junedine put emphasis on transparency which he reiterated will be his core principal while also saying that he hopes to improved the football standards throughout the country.

“I am delighted to have been given the mandate to run football in Ethiopia and my core aim will be to ensure transparency and accountability in the running of football matters so to ensure growth and stability. I also want to modernise football to a greater level and ensure that we also emphasise on youth development,” Junedine told supersport.com.

“I also want to make football a business unlike treating like a hobby ,if the clubs want I will help them transform themselves into viable business institutions so that they can experience growth.”

Junedine is credited for efficiently and smooth running of the Harar Beer where he left a mark.