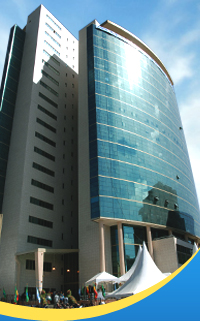 The new ATM and POS terminals will also be used by the partner banks through the PSS.

The Lebanese company, Computer Business Machine (CBM), will supply the Diebold brand ATM machines. The POS machines will be supplied by S2M from Morocco.

The two companies, which have been in business for over 20 years, are expected to make the delivery within three months, according to Yohannes Merga, corporate vice president of the Bank, who, citing a non-disclosure agreement, declined to reveal the amount of money involved.

Ã¢â‚¬Å“We awarded the companies the deal on the same day around mid-August, but the signing of the agreement took place in late September, about a week ago,Ã¢â‚¬Â Yohannes said.

According to Yohannes, the ordered ATM machines are different from previous machines that the Bank has been using in cooperation with the Premiere Switch Solution SC (PSS).

Currently, the Bank is supplying ATM services for its customers through PSS Ã¢â‚¬â€œ a company that AIB established in collaboration with United Bank (UB) and NIB International Bank (NIB), back in July 2010. It started operating in July 2012 with a 165 million Br capital. Berhan International Bank (BIB) recently joined the three others using the ATM and POS machines.

Awash currently uses 60 ATMs and 300 POS machines, operated through the PSS. The delivery of the latest order will increase the total to 160 and 700, respectively, all to be operated through PSSÃ¢â‚¬â„¢s select system.

The new ATM and POS machines will also be used by the partner banks with an interchange fee rate.