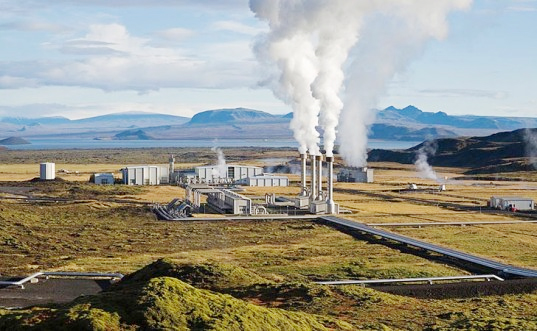 The Government of Ethiopia and Reykjavik Geothermal (RG) today announced an agreement to build and operate up to 1000 MW of geothermal power in two 500 MW phases. Reykjavik Geothermal, a US – Icelandic development company, has been working with the Ethiopian Electric Power Corporation (EEPCO) and various government ministries for the past two years to finalize the power purchase agreement.

The first 500 MW plant will be built inside the Corbetti Caldera, which is considered one of the top geothermal resources in the world by the team of Icelandic and Ethiopian geoscientists that have studied the area. The first 10 MW of power will be online in 2015, with an additional 100 MW in 2016 and the full 500 MW to be operational by 2018.

“We are very pleased to announce this historic agreement with Reykjavik Geothermal. This will be a significant step for EEPCO in realizing our strategic vision of being the regional leader for power generation and export in East Africa,” said Deputy Prime Minister and EEPCO Chairman, H.E. Dr. Michael Debretsion. “We believe Ethiopia has over 10,000 MW of geothermal potential which provides base load power andÃ‚Â is a perfect complement to our over 50,000 MW of hydropower potential.”

“Our agreement with EEPCO and the Government of Ethiopia is a ground-breaking achievement. Reykjavik Geothermal will be the first Independent Power Producer (IPP) in Ethiopia and the Corbetti Project will be the largest single geothermal power plant ever built in Africa,” said RG Chairman, Michael Philipp. “The agreement for 1000 MW of geothermal power, an investment of $4 billion over an 8-10 year period, confirms the confidence of international investors in the growth and stability of the Ethiopian Economy. This project is being led by US private investors and has generated significant interest from the development agencies involved with the Power Africa initiative announced by President Obama.”

“The Corbetti Project is a new model for developing large scale power projects in Africa,” said EEPCO CEO, Miheret Debebe. “The project combines the considerable expertise for electrical power generation of Ethiopia, with the geothermal technical knowledge of Iceland and the financial and structuring expertise of the United States. This project will set a new benchmark for large scale projects financed by the private sector and will help Ethiopia unleash its full energy potential.”

“This historic agreement for EthiopiaÃ‚Â is a fitting tribute on the first anniversary of the passing of the visionary leader, H.E. Meles Zenawi,” said Nejib Abba Biya, Chairman of Rift Valley Geothermal, the Ethiopian partner of Reykjavik Geothermal. “The late Prime Minister was Africa’s spokesman at Global Climate Change conferences and an unflinching advocate for clean and renewable energy.”

The Federal Democratic Republic of Ethiopia is located in the north-eastern part of Africa commonly known as the Horn of Africa. It is strategically proximate to the Middle East and Europe, together with its easy access to the major ports of the region, enhances its international trade. It is bordered by the Sudan in the west, Somalia and Djibouti in the east, Eritrea in the north and Kenya in the south. The country covers 1,112,000 square kilometers (472,000 sq. miles) making it roughly as large as France and Spain combined. With over 91 million inhabitants, Ethiopia is the second most populated country in Africa. The World Bank estimates GDP growth of approximately 8% over the next five years, after almost a decade of double digit GDP growth.

The Ethiopian Electric Power Corporation (EEPCO) as public utility enterprise was established in 1948 for indefinite duration by regulation No. 18/1997, and conferred with the powers and duties of the previous Ethiopian Electric Light and Power Authority. The purpose of the corporation is to engage in the business of producing, transmitting, distributing and selling electrical energy in accordance with economic and social development policies and priorities of the government and to carry out any other related activities that would enable it achieve its purpose.Ã‚Â http://www.eepco.gov.et/

Reykjavik Geothermal (RG) is a geothermal development company founded in 2008. The Company is focused on the development of high enthalpy geothermal resources for utility scale power production. RG specifically identifies and targets locations where quality geothermal resources can be efficiently harnessed to meet the local demand for power and clean dependable energy. RG was founded in Iceland by a proven team of experienced geothermal experts. RG management has been responsible for projects in over 30 countries including spearheading the development of one of the worldÃ¢â‚¬â„¢s largest geothermal power plants in Hellisheidi, Iceland.Ã‚Â http://www.rg.is/