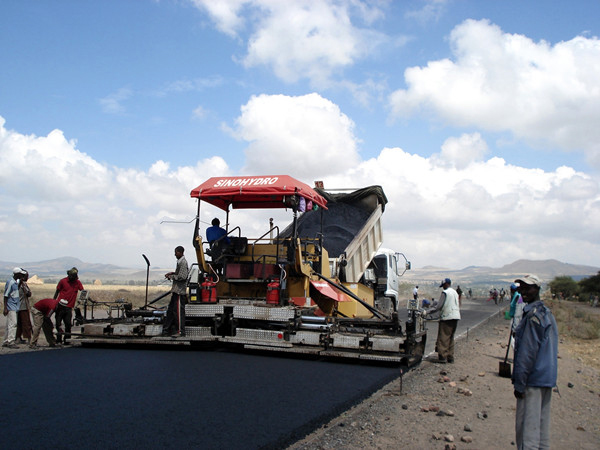 The construction will make up part of the larger 262km Bahir Dar – Dejen road project.

Addis Ababa – The Ethiopian Roads Authority (ERA) is paying 1.2 billion Br to a Chinese company for a 91km road construction, from Bahir Dar to Zema Wenze.

Zaid Woldegebriel, the ERAÃ¢â‚¬â„¢s general director, signed the contract on September 9, 2013, with Ziang Taofeng, the regional representative for SinoHydro Corporation Limited, at the premises of the ERA headquarter around Mexico on Ras Abebe Aregay Street.

Sino Hydro had to beat local contractors, Sur Construction and Yencomad, and the Turkish company, Yuksel, for the upgrading project, which will be financed in full from by the government.

The road, which will improve the transportation system between the west and east Gojjam zones, will be 30m wide in the town, including the sidewalks, and 10m wide out of town areas. It also includes three new large bridges, as well as the maintenance of 10 existing bridges with drainage systems. The contractor will deliver the project within three years.

This road project is a part of the 262km long road that is planned to link Bahir Dar and Dejen, says Samson Wondimu, communication director at the ERA. The other parts of this programme include the 64km road from Zema Wonz to Felege Brehan and the 77.6km road from Felege Brehan to Dejen. The Authority plans to hire contractor for Zema Wonz Ã¢â‚¬â€œ Felege Brehan route while the Felege Brehan Ã¢â‚¬â€œ Dejen road is under construction, Samson says.

The ERA also confirmed that Sino Hydro had built more than 900kms of road in the country. The Gondar to Debarqe, Assossa to Kurmuk and Adama to Assela road projects were mentioned by Samson as a few showcases for the companyÃ¢â‚¬â„¢s success.

The design of the road was done by Core Consulting Plc, a domestic company two years ago. The supervision will be conducted by Net Consulting Engineers & Architects.