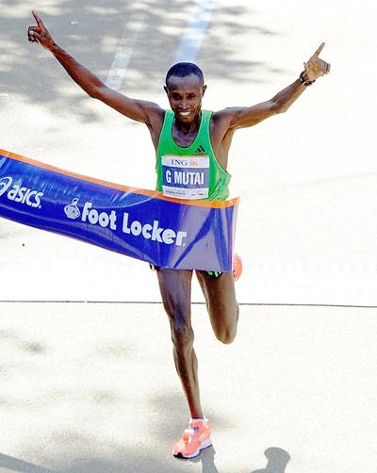 Ã¢â‚¬Å“I feel I am already well prepared,Ã¢â‚¬Â said Mutai. Ã¢â‚¬Å“I am confident and looking forward to challenging myself with my own course record set in 2011.Ã¢â‚¬Â

This will be the first time that Mutai will face Kiprotich over 26.2 miles. The Ugandan is just the second man in history to win both Olympic gold and World Championships gold in the Marathon.

Their toughest opposition could come from last yearÃ¢â‚¬â„¢s Boston Marathon champion Wesley Korir, whose PB of 2:06:13 makes him the third-fastest man in the field. 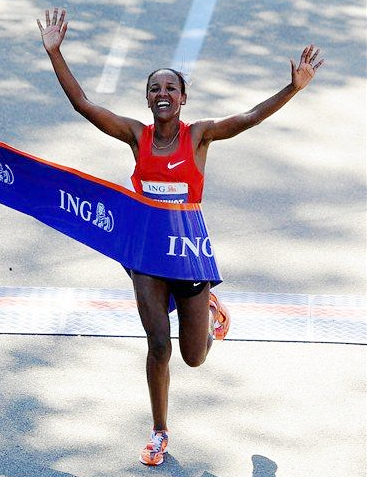 DadoÃ¢â‚¬â„¢s winning time of 2:23:15 in 2011 was the fastest ever achieved by an Ethiopian woman on the streets of New York. The 29-year-old is a three-time winner of the Rome Marathon, and notched up another victory in the Big Apple when winning the 2012 New York Half in a course record of 1:08:35.

Although Kiplagat has not previously raced against Dado in a Marathon, she has beaten her twice in other events, winning over 10km in New York last year and more recently at the San Diego Half Marathon in June this year.

The Kenyan Ã¢â‚¬â€œ who won the 2010 New York Marathon Ã¢â‚¬â€œ is also one of the most consistent marathon runners in the world, and this year became the first woman in history to successfully defend a World Marathon title.

Ã¢â‚¬Å“I had, of course, a wonderful experience to win the gold medal at Moscow last month, and now I am excited to finally be returning to NYC for the Marathon,Ã¢â‚¬Â said Kiplagat. Ã¢â‚¬Å“After being second in the World Marathon Majors standings for two consecutive years, I will, of course, do my best to secure the title this year.Ã¢â‚¬Â

But perhaps the most in-form athlete is Jeptoo. The Olympic silver medallist won this yearÃ¢â‚¬â„¢s London Marathon in a world-leading time of 2:20:15. Last weekend the Kenyan clocked the third-fastest time in history for the Half-marathon, winning the Great North Run in 65:45 on a slightly downhill course.

The menÃ¢â‚¬â„¢s and womenÃ¢â‚¬â„¢s US entrants were announced in July, but the womenÃ¢â‚¬â„¢s field will lose two-time Olympian and World Championships medallist Kara Goucher due to a foot injury.

Ã¢â‚¬Å“We canÃ¢â‚¬â„¢t wait to welcome Geoffrey, Firehiwot, Stephen, Edna, Priscah, and all of our international runners, both professional and recreational, to New York.Ã¢â‚¬Â