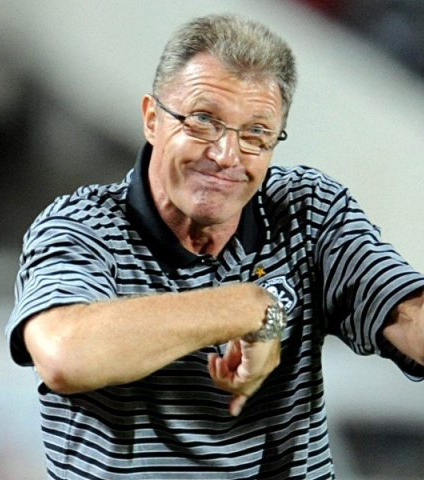 The Tunisian Football Federation has appointed Dutchman Ruud Krol as interim head coach of the Carthage Eagles on a two-month deal.

Krol, 64, will combine his duties as head coach of the CS Sfaxien and leading the Tunisians in the 2014 World Cup playoff against Cameroon in October and November.

Ã¢â‚¬Å“We have identified Ruud Krol as coach of the national team. The new coach will be allowed to combine his position as head of the Carthage Eagles and CS Sfaxien during these two months. The next decision will be dependent on the qualification for the World Cup,Ã¢â‚¬Â the Tunisia Football Federation said in a statement on its website.

The Dutchman will be unveiled by the Tunisian Football Federation next week, where he will also outdoor his technical staff.

Nabil Maaloul quit as head coach of the Carthage Eagles after their 0-2 loss to Cape Verde in the ultimate qualifier in Rades two weeks ago. However, Tunisia was reinstated after Islanders were declared losers for fielding an ineligible player in the match.