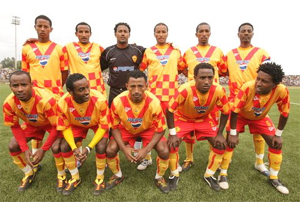 CS Sfaxien of Tunisia, already through to the semi-finals only after Match Day 4 action, seeks to tighten its grip on the 2013 CAF Confederations Cup when it takes on fellow Tunisians, Etoile du Sahel, as action resumes this weekend in Match Day 5 across Africa.

With an unassailable 12-point lead in Group A, Sfaxien qualified for the semi-final with two more match days to go, making the game against third-placed Ãƒâ€°toile du Sahel a formality match.

Stade Malien, a distant second with four points, will host bottom-of-the-table Saint George of Ethiopia (3 points) in the same group.

In Group B, C.A.Bizerten of Tunisia hosts FUS Rabat of Morocco while TP Mazembe take on Entente Setif of Algeria.

The winner will earn the right to play in the 2014 CAF Super Cup.