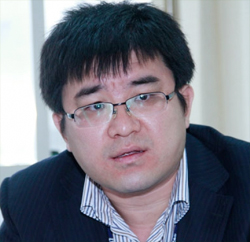 It was disclosed that the two year expansion project is part of the Ethiopian development blueprint Growth and Transformation Plan (GTP), aimed at elevating the country to a middle-income level.

The new project is designed to boost the countryÃ¢â‚¬â„¢s mobile subscribers to the 50 million mark. The two Chinese firms are said to be sharing the USD 1.6 billion dollar contract equally and both have already been awarded different projects.

The recent decision to move from a single supplier to what the government called the wise approach of bringing in both Huawei and ZTE ended longstanding procedural arrangements. It is hoped that the upcoming expansion projects will resolve the service quality problems that have gone unaddressed for years.

The two telecom giants were neck and neck for months in an attempt to grab the higher portion of EthiopiaÃ¢â‚¬â„¢s telecommunications contract, particularly the 4G network expansion for Addis Ababa. In fact, Debretsion Gebremichael (Ph.D.), the Communication and Information Technology minister, recently said that the 4G project has been awarded to Huawei. However, ZTE deny the claim, saying that it has not been formally notified and the negotiations for the Addis Ababa project are ongoing, while announcing that it is expanding its efforts nationwide. With regards to such speculation, the latest agreement signed between ZTE and Ethio telecom and its future plans for EthiopiaÃ¢â‚¬â„¢s ICT prospects,Ã‚Â Yonas Abiye and Yohannes AnberbirÃ‚Â of The Reporter sat down with ZTEÃ¢â‚¬â„¢s Deputy CEO Qiao Liang (Charles) for an interview. Read more