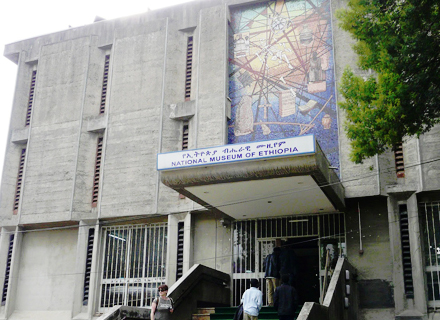 Addis Ababa, Ethiopia – The new museum will seek to develop Ethiopia’s image as a tourist destination and the birthplace of mankind.

The Authority for Research & Conservation of Cultural Heritage (ARCCH) is embarking on a feasibility study for the construction of a new 10-storey museum facility, with the assistance of the European Union (EU).

The construction of the building was indicated in a July 2012 project proposal involving scholars from Ethiopia, France, Italy, Spain Portugal and Germany. It was funded by the EU and assisted by the United Nations Educational, Scientific and Cultural Organisation (UNESCO).

Last July, the Authority received 4,000sqm of land across the road from the National Museum at Amist Kilo, on King George Street, in Arada District, free of lease price. It is that same month that the EU agreed to fund the project. It has provided 20 million Br to be spent on a feasibility study for the museum as well as on developing the paleontological sites of the lower Awash and Omo Valleys, according to Yonas Desta, general director of ARCCH. Read more