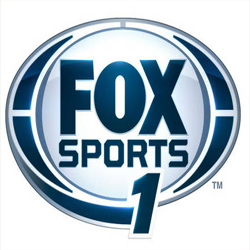 What is FOX Sports 1?
FOX Sports 1 is AmericaÃ¢â‚¬â„¢s newest sports network, a national 24-hour cable channel being launched by FOX on August 17, 2013.

What is FOX Sports 2?
FOX Sports 2 is an extension of FOX Sports 1 that features live coverage of sporting events and connects with fans through entertaining studio shows and original programming.

Will I get FOX Sports 1?
For many operators, FOX Sports 1 will launch in the same channel location now occupied by SPEED. We hope that all major cable, satellite and telephone video services will offer FOX Sports 1 at the time of its August launch.

How will I know what channel FOX Sports 1 is on?
In most markets, FOX Sports 1 will be located in the same channel position now occupied by SPEED. As we get closer to launch, updated FOX Sports 1 channel information will be available via the Channel Finder (Click here).

WhatÃ¢â‚¬â„¢s happening to FOX Soccer News?
Our daily soccer show will be heading to FOX Sports 1 in a new format. Continuing its long tradition of offering the best in world soccer to US fans, FOX Sports 1 introduces FOX Soccer Daily. The season-long program covers the major soccer leagues and competitions across the globe with an emphasis on Europe and North America. FOX Soccer Daily will air Monday to Friday from 4:00 Ã¢â‚¬â€œ 4:30pm ET, except when preempted by UEFA Champions League and UEFA Europa League pre-game and post-game shows.

What will happen toÃ‚Â FOXSoccer.com?
Not a thing. Your online resource for all things soccer will continue to cover the beautiful game through articles, videos, and analysis. TheÃ‚Â FOX Soccer BlogÃ‚Â will also continue to deliver great additional content as well, including behind-the-scenes photos and stories from around the world of soccer.

Will FOX Sports 1 cover the Premier League?
While we do not currently hold the broadcast rights, FOX Sports is committed to covering all of the top players, clubs, and leagues in the world. There will be full coverage every week on our brand new studio show FOX Soccer Daily.