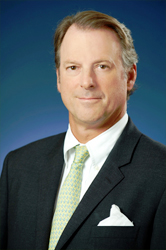 New York, NY -Ã‚Â ONE World Sports,Ã‚Â which offers coverage of an array of world-class sporting events from around the globe, has secured season-long rights to present delayed soccer matches of English soccer titan Arsenal FC along with exclusive player and manager interviews.

The deal follows similar agreements between the global sports network and German soccer team FC Bayern Munich and English powerhouse Chelsea FC. ONE World Sports has acquired all North American rights to the three teamsÃ¢â‚¬â„¢ programming and will include these telecasts in a soon-to-be-debuted mobile app.

In England, Arsenal has one won 13 titles in the Premier League and the predecessor First Division, as well as 10 FA Cups. As a top-four finisher in the Premier League last season, it again will play games in the pan-European Champions League. The Arsenal, Chelsea and Bayern Munich coverage will hit the network in mid-August, when league play resumes; ONE World Sports also will feature games from the teamsÃ¢â‚¬â„¢ cup competitions and Champions League battles.

For each of the European soccer clubs, ONE World Sports will present three-hour blocks of delayed gamecasts accompanied by interviews, features and analysis, involving leading players and team managers before and after the games. The exclusive Arsenal programming block is scheduled to air on Sunday nights, starting at 9pm (ET). Chelsea and Bayern Munich programming will be telecast on Monday and Tuesday nights, respectively, creating a consecutive Sunday through Tuesday night primetime schedule on the network of some of the best soccer on the planet.

The new programming represents a dramatic boost in European soccer onÃ‚Â ONE World Sports, adding a total of almost 400 hours of content from these three premier clubs. ONE World Sports also will continue to provide robust coverage of soccer from top leagues in the Asia/Pacific, along with programming from other top sports worldwide. The network also recently announced a deal to carry all seven home games this season from the newly Ã¢â‚¬Å“rebootedÃ¢â‚¬Â New York Cosmos in the North American Soccer League.

Ã¢â‚¬Å“Arsenal is a world-renowned soccer club with a huge global following,Ã¢â‚¬Â said Alexander Ã¢â‚¬Å“SandyÃ¢â‚¬Â Brown, president and CEO of ONE World Sports. Ã¢â‚¬Å“By adding this exciting soccer action to ONE World Sports, we continue to build our portfolio of soccer from some of the most accomplished clubs that the world has to offer.Ã¢â‚¬Â

A recent study by Frank N. Magid Associates underscored the appeal of international sports programming, with 56% of 18- to 34-year-olds overall and 63% of the males in the same age group expressing interest in tuning into such programming. 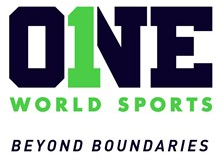 About ONE World SportsÃ‚Â
ONE World Sports is an English-language network delivering exclusive and live world-class sports from around the globe. ONE World Sports fulfills fansÃ¢â‚¬â„¢ passion for premier match-ups of their favorite sports with more than 2,400 hours of unduplicated sports programming annually. Programming includes live and same-day action of leagues and competitions in soccer, basketball, baseball, golf, table tennis and badminton. The network is available on DISH Network, CablevisionÃ¢â‚¬â„¢s Optimum TV and Mediacom Communications.