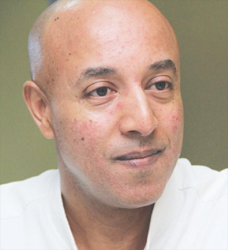 Addis Ababa City Administration Land Development and Management Office has launched an investigation to look into the way that Access Real Estate (ARE) acquired various plots of land around the city for the construction of units bought by its 2500 customers.

The city has confirmed that so far not one plot of land under AREÃ¢â‚¬â„¢s control was acquired from the relevant municipality body. Yet, the giant real estate company offered to customers various standards of housing units proposed in different sites around the city, while accepting advanced payments.

The company has dominated news headlines in recent months, following its severe liquidity shortage and the eventual departure of its chief executive officer, Ermias Amelga, to Dubai, United Arab Emirates. The 2500 home buyers, most of whom already made 100 percent of payments for the housing units, are asking for an intervention from the government or other relevant bodies. After Ermias’ self-exile, the real estate market has remained in turmoil, forcing a response from various government bodies including the Prime Minister Hailemariam Desalegn.

And the latest to speak out on the matter is the land management office of the municipality. Maintaining its responsibility to know about all large-scale land acquisitions in the city, the office has ordered a formal investigation into ARE. Thus far, 41 different plots of land remain under ARE control while actual construction has commenced on only 19 of the sites.

According to city sources, the investigation will focus on the means by which ARE obtained the plots and if the legalities of the transactions were questionable. For instance, whether ARE made direct land deals to get hold of the plots.

Ermias is said to have secured the plots via two ways. The first was through the direct acquisition of various properties from individual deed holders. Although there is nothing wrong with this method, the authority has to see that payments due to the government from such transactions actually materialized.

The second method was to get access to the plots via other real estate companies. This was done by forming partnerships with companies that already owned various plots, with the lease right considered as part of the equity investment. According to some commentators, this type of deal could warranty doubts on the land transfer transactions and their legalities.

ARE was established with an initial 35 million birr share contribution from its shareholders, later expanding to collect more than 1.4 billion birr from its homebuyers, none of whom have received the housed they paid for. The marketing and construction style that ARE came up with at the start was quite new to Ethiopia. The strategy was to slash both construction delay and the cost of the housing units considerably. And for this, Ermias decided to use steel structures to construct all of its housing units, while embarking on an ambitious marketing stunt to pay rent for every month the unit was delayed.