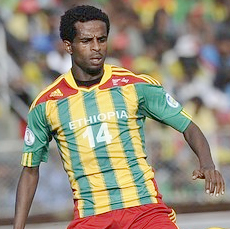 FIFA cagey on soft points
South Africa’s hopes of gaining three soft points from their match against Ethiopia have been dashed after FIFA revealed that a player cannot be punished twice for the same offence.

South African media was abuzz with reports that Minhyahil Teshome Beyene who played while suspended for the Zebras game, should have also sat out their weekend clash against Ethiopia. South Africa argues Beyene had not served his suspension and therefore was still ineligible for their clash. If FIFA, as expected, docks three points from Ethiopia and award them to Botswana, there is no way Beyene will be punished again for featuring against Bafana, according to the FIFA Disciplinary Code. But FIFA, responding to a question to Mmegi Sport, said a match suspension is regarded as no longer pending in such a case.

This also applies to the match suspension imposed on the player who took part in the match despite being ineligible.” FIFA look set to dismiss South Africa’s appeal, but are still expected to award three points to the Zebras after Ethiopia admitted to wrongfully using Beyene.Beyene had received two successive yellow cards against South Africa and Zebras (away) and was supposed to sit out the reverse fixture in Lobatse.

The FIFA sanction will leave Ethiopia at 10 points, meaning the Zebras have a chance of progressing to the third round of the 2014 World Cup. A 1-0 win for the Zebras in their last match away to South Africa, coupled with a loss, by any score line for Ethiopia, will send Botswana through to the next round. However, the ball is still firmly in Ethiopia’s court as a win over a fading Central Africa Republic (CAR) will eliminate both the Zebras and Bafana from the race.

Meanwhile, FIFA is cagey on soft points in World Cup qualifiers. The FIFA play rules and regulations are silent on forfeited points, referred to as ‘soft points’.Ã‚Â Ã‚Â Actually teams that finish par on points are separated based on the highest number of goals scored in all group matches. Then it goes down to the greatest number of points between or among the concerned sides and then the highest number of points between or among the teams.Ã‚Â  “At this stage we cannot speculate on what will happen regarding the final ranking of teams and therefore comment further,” FIFA responded to Mmegi Sport.