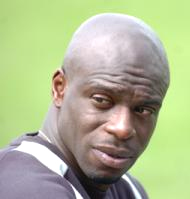 Former coach Iffy Onuora is shocked by a Fifa probe that has put Ethiopia‘s passage to the African World Cup play-offs on hold.

The East Africans beat South Africa 2-1 on Sunday to seemingly qualify for the third and final round of African qualifying, only for news to later emerge thatÃ‚Â Fifa were investigating the eligibility of one of their players in an earlier tie.

No date has yet been given for when a decision can be expected from football’s world governing body.

Listen to the interview that BBC Sport conducted with Coach Onuora here.