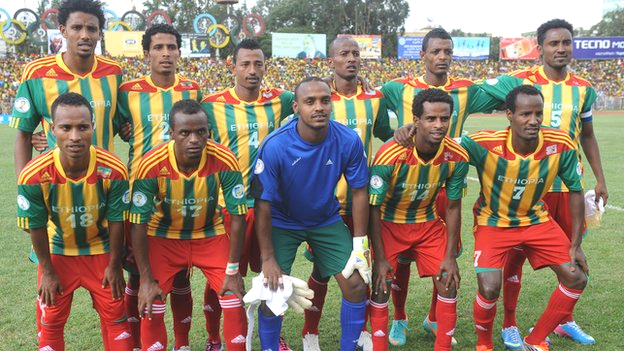 Ethiopia‘s progress to the final round of African World Cup qualifying is in doubt afterÃ‚Â Fifa opened a disciplinary probeÃ‚Â Ã‚Â against them on Sunday.

Earlier in the day,Ã‚Â the East Africans beat South Africa 2-1 in Addis AbabaÃ‚Â to seemingly reach the African play-offs.

However, their progress is in question after accusations they fielded an ineligible player in the 2-1 win over Botswana on 8 June.

Fifa is also investigating Togo and Equatorial Guinea for the same offence.

A guilty verdict against all the sides would have serious ramifications in three of the groups trying to qualify for next year’s World Cup in Brazil.

The case against the Ethiopians is pressing as a guilty verdict will hand a lifeline back to 2010 World Cup Bafana Bafana.

Currently five points off the top of Group A, South Africa would only be two points behind if the Ethiopians have to forfeit their victory against Botswana – and receive a technical defeat instead. Read more