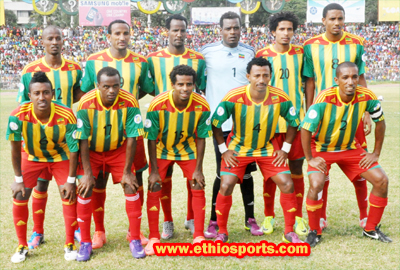 The two teams were leveled at 1-1 at half-time.

It was South Africa which opened the score thanks to Bernard Parker 33 minutes into the game. But the lead was short lived as Getaneh Kebede, the Ethiopian Premier League top scorer, equalized ten minutes later.

The day turned out to be a great demise for Parker, who scored an own goal in the 70th minute, thus giving Ethiopia the much needed victory.

EthiopiaÃ¢â‚¬â„¢s last match in the group will be on September 6, 2013 when they will face the Central African Republic away from home.