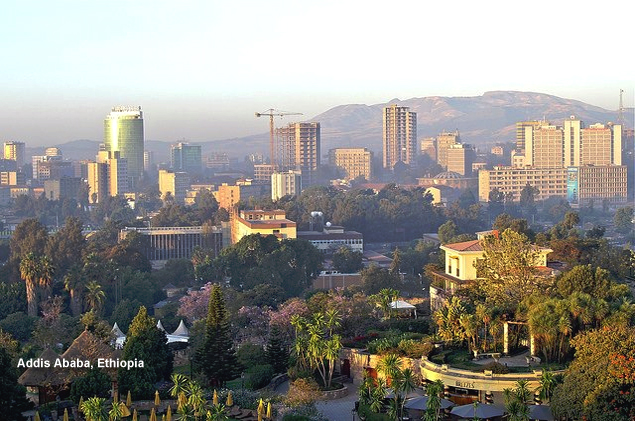 Addis Ababa, Ethiopia -Ã‚Â The 126-year-old city, Addis Abeba, has been busy for the last couple of months, making itself ready to celebrate the 50th anniversary of its mother continentÃ¢â‚¬â„¢s organisation of unity.

The mad rush has also extended to many of its citizens, including Alemayehu Negussie, the general manager of Saro-Maya Hotel, located around Bole Medhanialem Chuch, on Africa Avenue. The construction, completed just in time for the African UnionÃ¢â‚¬â„¢s (AU) 50th anniversary. His urgency was to complete the furnishing of 100 bedrooms.

Ã¢â‚¬Å“Our plan was to complete in time and help to minimise the shortage of high standard hotels in the city for the guests who are coming for this historical event,Ã¢â‚¬Â Alemayehu told Fortune.

Although it is yet to be inaugurated, the Saro-Maya hotel has already accepted guests into more than half of its rooms.

Ã¢â‚¬Å“This is a big opportunity for us to introduce our hotel to the AU delegates that come for the celebration,Ã¢â‚¬Â said Alemayehu.

Organised under the theme of Ã¢â‚¬Å“Pan-Africanism and African RenaissanceÃ¢â‚¬Â, the African Union (AU) summit was taking place side by side with the celebrations of the 50th anniversary of the Organisation of Africa Unity (OAU).

Close to 3,000 guests, including most of AfricaÃ¢â‚¬â„¢s Heads of State and 20 world leaders, are expected to take part in the ceremony, which highlights five decades of progress on the continent.

To seize this rare opportunity, close to 65 hotels, operating in the capital, including Saro-Maya, were preparing themselves.

These hotels have a total of 4,927 rooms, which constitutes 57.8pc of the total available rooms in the country. The number of hotels in Addis Abeba has almost doubled from 38 in 2004.

It is not only the number of hotels that has increased, but too the sectorÃ¢â‚¬â„¢s contribution to the national economy.

In the 2011/12 fiscal year, the hotel and restaurant sector contribution to the gross domestic product (GDP) amounted to 14.5 billion Br and it has registered growth of 43.3pc, on average, over the past five years.

The expansion of the sector, however, could not meet with the demand, especially in times such as now.

The average occupation rate of hotels in Ethiopia is about 75pc, according to the Ethiopian Hotel OperatorsÃ¢â‚¬â„¢ Association.

The top class hotels have even been recording more than 90pc occupancy rates, on average, over the past few years.

It is not only the hotel business that has been waiting for the opportunities presented by the year-long celebration of the anniversary of the OAU. Other businesses in the tourism sector have also been scrambling for a piece of the pie.

Adika, one of the prominent tour and travel agencies in the country, has rented 130 different kinds of cars to the AU, the Ministry of Foreign Affairs and various embassies; charging 1,200 Br to 4,500 Br a day, depending on the type and model.

Ã¢â‚¬Å“We have been preparing ourselves in advance, since it is a very big event that the country is now hosting,Ã¢â‚¬Â said Solomon Abera, sales and marketing manager of Adika.

Gift shops around the city have also been waiting eagerly to make some cash from the stream of new visitors, who may want to buy gifts and other artefacts before leaving Ethiopia.

The rush for the event was such that the government also completed the construction of Africa Avenue in record time.

The Ethiopian committee set up to prepare for the anniversary seems already gleeful with its achievement.

Ã¢â‚¬Å“We have successfully accomplished our goals to make the city ready to host the golden jubilee,Ã¢â‚¬Â Mekonen Addis, the committeeÃ¢â‚¬â„¢s president, told Fortune.