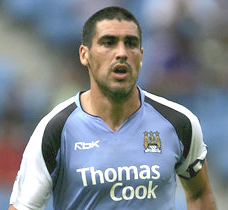 Former USA skipper Claudio Reyna has been appointed director of football at New York City FC ahead of their inauguralÃ‚Â MLSÃ‚Â season.

New York City FC was unveiled as the MLS expansion teamÃ‚Â earlier this week and is part of a partnership betweenÃ‚Â Manchester CityÃ‚Â and the New York Yankees.

Reyna, who captained City during his four-year spell in England, is effectively the first employee for the new franchise.

Manchester City CEO Ferran Soriano said: “Finding the right person for this role and getting him in place from the start was a priority.

“The football culture of New York City FC will be built from this decision, and we believe Claudio is the man who uniquely understands what New York soccer should mean, and how it can benefit from the relationship with Manchester City FC.”

Reyna, who made 87 appearances for City between 2003 and 2007, said: “Having had the privilege of playing both for my country here in the US and for Manchester City, I could not have hoped for a more tailored-made opportunity in soccer.

“I am incredibly excited to again wear City’s ‘Sky Blue’ as part of the expansion of the MLS and the growth of soccer in the United States, and am honoured to have been offered this opportunity.

“With a large fan base through the New York area, prime television rights and distribution, sponsorship commitments, and the Yankees as a US partner, the New York City Football Club has everything in place to succeed.”