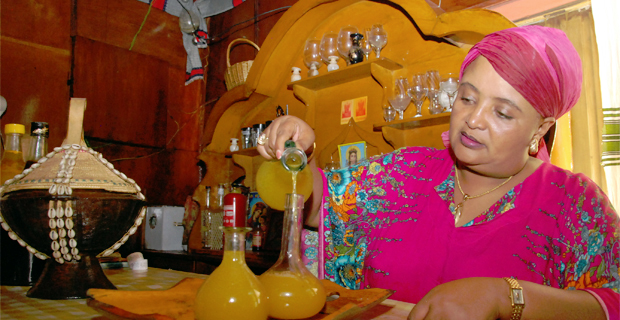 Addis Ababa, Ethiopia -Mulumebet Gebeyehu was an accountant in a government office for 26 years, before eventually quitting to brew tej, honey meade, as a business, in a belated decision following a family party.

The party was to celebrate the graduation of her daughter, last August. She prepared and served various traditional foods and tej to her guests, some of whom were very excited about her brewing ability.

“You are wasting your potential and the opportunity that is waiting for you out there. You should change it in to money, one of her guests had advised her.

She has made tej for home consumption for years; the business side of it hadnÃ¢â‚¬â„¢t even crossed her mind until then. Apparently though, the time was right, and she was coaxed into it when she got an advance payment to supply for a wedding party.

“Things happened faster than I could imagine, she said

Tej is brewed in traditional ways from honey and hop sticks (gesho), both for home consumption and commercial purposes. With alcohol content of six to 11pc, according to various studies, this honey brew accounts for the lionÃ¢â‚¬â„¢s share of domestic honey consumption in Ethiopia.