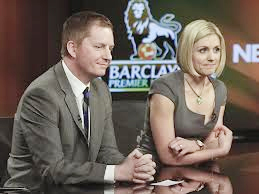 NBC‘s networks will televise the English Premier League under a $250 million, three-year deal that begins next season.

They will show every match from the world’s most popular soccer league, taking coverage away from Fox and ESPN.

”The Barclays Premier League is the pre-eminent soccer league in the world, and is on the cusp of exponential popularity growth here in the U.S.,” NBC Sports Group chairman Mark Lazarus said Sunday.

The company picked up Major League Soccer last year and had success with its soccer broadcasts during the London Olympics.

Criticized for using tape delay with the Olympics because of time differences, NBC will not do so with Premier League games, Lazarus said. English-language broadcasts will primarily be on cable channel NBC Sports Network, with Telemundo and mun2 used for Spanish coverage.

NBC’s English-language networks will televise six live games a week. One or two of the company’s other cable channels will also be used, Lazarus said, but which has not been determined yet as schedules are evaluated. Other games will be streamed live online.Ã‚Â Read more