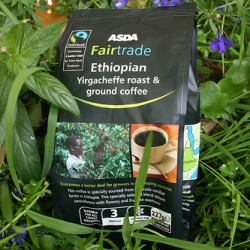 Addis Ababa, Ethiopia – Described by many experts as the birthplace of coffee, Ethiopians are hopeful that one of their ancient traditions can help bring the country together even as it becomes more and more divided politically, socially and economically.

Villagers in Ethiopia say the act of drinking coffee Ã¢â‚¬Å“is transformational as each cup changes the inner persona of the one who drinks it.Ã¢â‚¬Â

It is usually drunk strong and brown with sugar or salt or sometimes without any flavoring agent. The coffee, grown on the higher slopes of Ethiopia, has a delicate and pungent flavor that is destroyed if over-boiled.

For Halle and her friends, when classes are over they come together to brew a large pot of coffee as they watch the latest news and entertainment on television.

Ã¢â‚¬Å“ItÃ¢â‚¬â„¢s a way to come together,Ã¢â‚¬Â she told Bikyanews.com. Ã¢â‚¬Å“I donÃ¢â‚¬â„¢t think our parentsÃ¢â‚¬â„¢ generations paid much attention to what was happening culturally and socially and they allowed the country to be run by a dictator and our freedoms taken away, but not anymore.Ã¢â‚¬Â

Her fellow classmates agree, nodding in agreement. For them, coffee is an outlet that just happens to be part of their cultural heritage.

Ã¢â‚¬Å“Look around the room. There are Muslims, Christians and others all sitting here having a good time. That is the future we all really do want for our country,Ã¢â‚¬Â Mohamed chimed in.

For him, the ongoing battle over Muslim rights in Ethiopia can often turn into tense discussions, but he says that is important, as long as it doesnÃ¢â‚¬â„¢t become violent and people are willing to listen.

Ã¢â‚¬Å“Think of it this way, Ethiopia has been brewing coffee for how many hundreds of years. Look at the bean as we smash it and get it prepared. This is really a metaphor for Ethiopia because if we are not smashing what we already think we know and making something better, then what do we have but a failed country of just beans,Ã¢â‚¬Â he continued.

In many ways, Ethiopia is at a turning point politically and socially and the youth are the future, said Halle. Ã¢â‚¬Å“We have to begin to come together and what better way than with a little coffee.Ã¢â‚¬Â