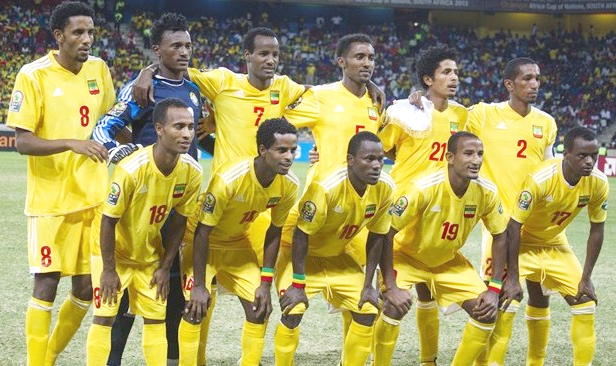 JOHANNESBURG Ã¢â‚¬â€ Ethiopia’s chances of reaching the 2014 World Cup in Brazil became a little more realistic on Sunday after beating Botswana to open a two-point gap at the top of its group in African qualifying.

Ghana beat Sudan 4-0 to apply the pressure on leader Zambia in their group after the 10-man Zambians were held 1-1 in Lesotho.

Tanzania beat Morocco 3-1 in another positive result for the continent’s unheralded teams. Mali halted the trend in Rwanda, but the African Cup of Nations semifinalist had to come from 1-0 down for its 2-1 win to remain in control of its group.

Congo and Libya plus Mozambique and Guinea played to 0-0 draws, while Equatorial Guinea beat Cape Verde 4-3 to send the Cape Verdeans back to reality after their dream run to the quarterfinals at the African Cup last month. Liberia beat Uganda 2-0.

Top teams Ivory Coast, Cameroon, Senegal and Tunisia are in good position to qualify for the World Cup after their games on Saturday, when Nigeria had a minor setback after a home draw with Kenya but the new African champions are still joint top of its group with Malawi.

Ethiopia is only halfway through its games in Group A, and will still have to play a final two-legged series to have a chance of reaching Brazil even if it does win the group. The 10 group winners ultimately play off for the five World Cup places available for African teams.

Still, the Ethiopians are unbeaten in three games after Getaneh Kebede’s late winner against Botswana, and have hopes of continuing their recent revival after qualifying for this year’s African Cup for the first time in decades.

Lesotho scored through Litsepe Marabe in the 89th minute for its draw against 2012 Cup of Nations winner Zambia, which had goalkeeper Kennedy Mweene sent off and led through Collins Mbesuma’s goal in the 73rd.

The draw favored Group D rival Ghana, which hammered Sudan with goals by Asamoah Gyan, Wakaso Mubarak, Abdul Waris and Emmanuel Agyemang Badu to move within a point of Zambia at the top.

Morocco also had a man sent off and its campaign is unraveling badly after the embarrassing loss in Tanzania. The Moroccans are third in Group C, five points behind Ivory Coast and four back from the Tanzanians.

Mahamadou Samassa and Abdou Traore scored within five minutes of each other in the second half to lift Mali past Rwanda in Kigali. The win puts the Malians top of Group H ahead of the upcoming match between Benin and Algeria.

Libya failed to move ahead of Cameroon in Group I after the scoreless draw in Congo, while Guinea also missed the chance to put pressure on Egypt when it was held by Mozambique in Maputo in Group G.

Egypt hosts Zimbabwe in Alexandria on Tuesday and is one of a group of big African football names Ã¢â‚¬â€ along with Tunisia, Ivory Coast, Zambia, Nigeria, Mali, Cameroon and Senegal Ã¢â‚¬â€ to be in position to reach those final series for a place at the World Cup.

Ethiopia in Group A and Republic of Congo in Group E surprisingly lead their groups and hold the hopes of the African underdogs, along with Nigeria’s challenger, Malawi.